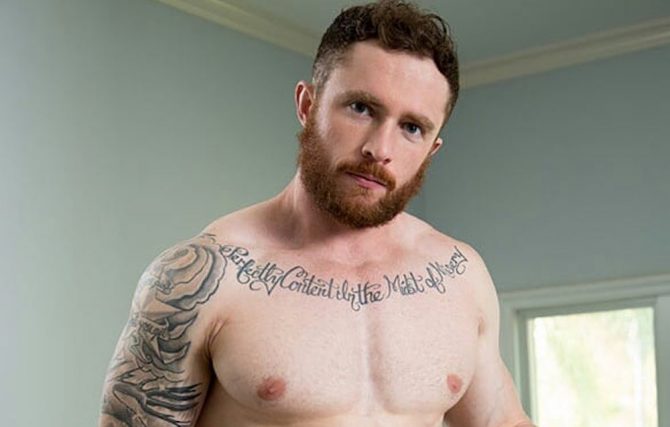 A lot can change in six months.

One moment you’re part of a group that believes adult entertainment is “a deadly drug that kills everything human and everything intimate in a relationship,” and the next, well, you know where this is headed.

Markie More worked as a performer for NextDoorStudios until he had a falling out with the company’s owner, announced his retirement from the industry and aligned himself with the sketchy anti-porn group Fight The New Drug. The group was founded by two Mormons — Clay Olsen and Jason Carroll (of Brigham Young University) — who say FTNG has no religious connection.

Just six months after promoting the group, More has announced he’s returning to his former line of work.

Everybody loves a comeback?

“I’ve quit because I can no longer promote lustful and deviant behavior. Lust is a monster, and the more you feed it, the hungrier it becomes,” he wrote in May of this year.

He started sharing posts from Fight The New Drug, and also tweeted:

It does far more harm than good for people.

In the past, I’ve told people what they wanted to hear, not what I felt to be true or what they needed to hear.

So, instead I told lies, not even good ones either.

I sincerely apologize for misleading you.

I will only speak truths from this point forward.”

Because of the obvious misinformation, some people have been asking me details about the story behind my absence.

For now I’ll just say, some of the people I trusted most, ended up being the biggest monsters in my life.

All that being said, I didn’t handle it well at the time and decided to lash out at an entire industry.

I do apologize to all who work within and to all of you who support the adult industry.

And now just a month later, More is promoting his relaunched OnlyFans account, asking fans to pay $23.45 a month to view his content.

While the group claims that it’s a non-religious and non-legislative non-profit, its rhetoric is influenced by the anti-adult content movement which has sought to declare adult videos as a “public health crisis” in state legislatures. Opponents say such legislative declarations simply pave the road for future efforts to prohibit adult content online.