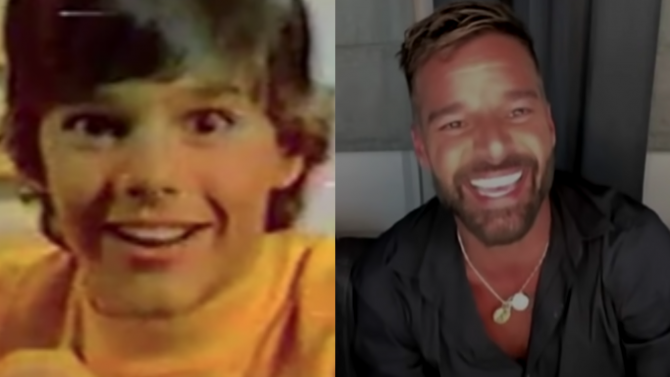 Even before Martin joined the boy band Menudo, he was booking the occasional on-screen commercial work, including ads for Burger King and Orange Crush.

Related: Fans were “not prepared” for what Ricky Martin showed off on his Insta-story

Jimmy Fallon, host of The Tonight Show, dug up some evidence for an interview with Martin, who said of the Orange Crush spot:

“That was the first time I was in front of a camera. My aunt was taking my cousin to an audition and the director saw me because I went with him. Then he goes can you stand in front of the camera? I’m like ‘no, I’m fine.'”

Martin, you’ll be shocked to discover, did ultimately audition, whose cousin sadly did not land the job.

The singer’s studio recording Pausa was released in May of this year. It was nominated for Album Of The Year and won Best Pop Vocal Album at the 21st Annual Latin Grammy Awards.