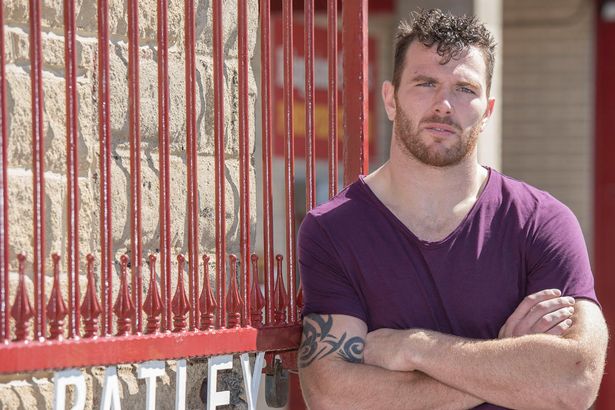 Out rugby star Keegan Hirst spoke with Gay Star News at Powwownow‘s I-Conquered campaign this week about his experience coming out 18 months ago, and all the other closeted gay athletes who he knows.

“People are scared things will get worse or lose things,” he said. “I’ve gained things and things have got better coming out.”

He continued, “It’s spring-boarded me into more work, and it’s just been amazing for me. Obviously it depends on individual circumstances. People don’t always have good experiences, so that’s why it’s not fair to encourage people to come out. But it’s the best thing I’ve ever done. I’m really proud.”

Hirst came out in 2015 at age 27 after breaking up with his wife. Since then he’s become an outspoken LGBTQ activist, as well as posed for some rather revealing photo shoots and even appeared on a TV dating show.

Related: Out Rugby Stud Keegan Hirst Heads Down To The Basement For Steamy Photo Shoot

When asked if he knew any other gay athletes who haven’t yet come out, Hirst replied, “I’ve had conversations with guys, and I’ve given advice. I’ve said how I found it. There’s been a few guys from a few different sports.”

Hirst says he believes the reason many athletes remain closeted has to do with two things: money and the professional environment.

“It’s a lot more focused on football players, probably because there’s a lot more money involved,” he says. “While it shouldn’t matter who you date, it does. There’s also a big following in football. There’s a big call for people to come out, but it’s a personal thing. We’ve got to make it a good environment for someone to come out before it can actually happen.”

As for any advice he may have for professional athletes who have yet to come out, Hirst says it’s all about waiting until you are ready.

“You’ve just got to be in the right frame of mind,” he explains. “It doesn’t matter if you’re a sporstman or Joe Bloggs who works 9 to 5. You’ve got to be comfortable in your own skin. And have a good people around you. Do it when you’re ready to do it.”