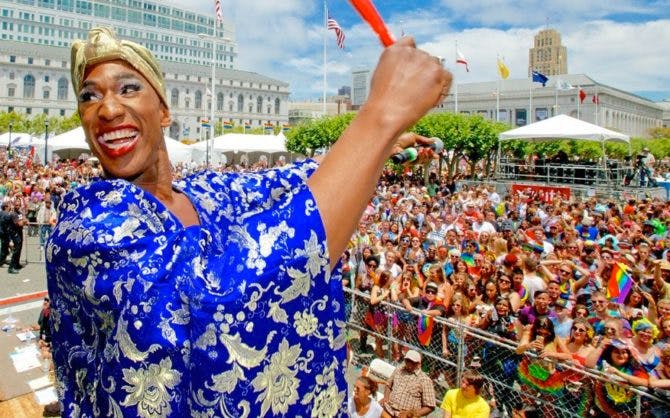 Today San Francisco Pride broke the news that 2020’s Parade and Festival–typically held the last weekend in June on the anniversary of the Stonewall riots–will be cancelled, not postponed, due to COVID-19.

This year’s celebration, among the country’s largest Prides, was to coincide with the 50th anniversary of the first Pride Parade (which took place in 1970 on the one-year anniversary of Stonewall…see how that works?).

“This was not a decision we arrived at lightly,” Executive Director Fred Lopez said in a press release. “Far from it: Our staff has been in frequent talks with our board, our production team, our partners at many departments of City Hall, officials at other Pride organizations worldwide — and most of all, our LGBTQ communities. We have heard from people who urged us to cancel, and from those who implored us not to.

“Since the coronavirus first emerged, we have held out hope that the situation would shift and we would be able to gather later this year,” Lopez added. “Well before the first shelter-in-place order, our team began to balance our excitement for Pride 50 and evaluate possible alternatives. With heavy hearts, we have decided not to go forward with the Parade and Celebration in 2020.”

In addition to being a cherished event that draws north of 500,000 revelers, the event also raises substantial funds–$2.5 million on average–which get donated to various local community organizations and nonprofits.

Related: Amazing, never-before-published photos from the historic 1993 March on Washington for LGBTQ rights

“We know what Pride symbolizes for San Francisco — and to LGBTQ+ people around the world,” Board President Carolyn Wysinger said. “We know our decision means disappointment, canceled plans, and one less thing for us all to look forward to. We also know that protecting the safety of all our communities is the most important.”

SF Pride joins an ever-expanding list of spring and summer events being canceled or postponed due to the coronavirus.