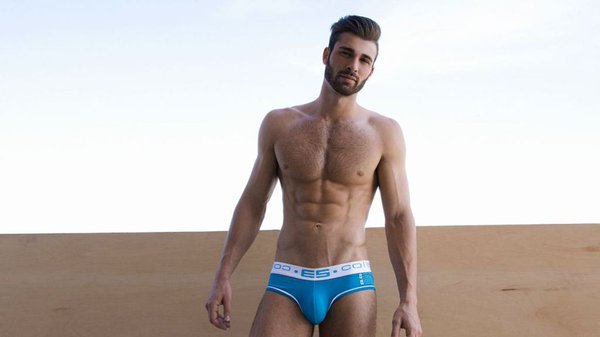 Sean Cody performer Jarec Wentworth (AKA Teofil Brank) has been released from prison early after serving four years of a nearly six-year sentence.

He has been transferred to an RRM (residential reentry management) in Long Beach, CA, where he’ll serve out the remaining five months of his time, according to gay adult film blog SUGP (link work-unfriendly).

Burns admitted to paying Brank for sex “at least four times” and giving him $1500 to $2500 “referral fees” anytime the then-25-year-old adult film star introduced him to new male paramours.

Brank was arrested in an FBI sting operation.

During the trial, Justin Griggs, a friend of Brank’s, also testified that he and the businessman engaged in, ahem, intimate behavior that included “hanging out, surfing, grilling out, going to dinner, and then we would have sex, group sex.” (Griggs also testified that he had a similar relationship with David Geffen.)

Brank has long maintained his innocence. “My attorneys didn’t fight the case as I told them to,” he wrote in an email to SUGP. “They didn’t question witnesses how they were supposed to. I told them to ask the questions I was writing down [during trial], only for them to say ‘No, no, we got this.’ FML. They were in on it, too.”