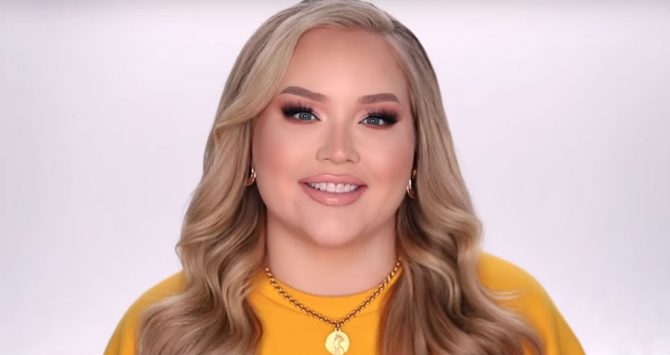 This profile is part eight of Queerty’s 2020 Out For Good series, recognizing public figures who’ve had the courage to come out and make a difference in the past year, in celebration of National Coming Out Day on October 11.

Bio: The Dutch beauty vlogger first joined YouTube in 2008, where she posted videos offering makeup tips, fashion advice, and other beauty-related messages and tutorials. In 2015, she hit the big time when her video “The Power of Makeup” went viral, garnering over 40 million views, and inspiring countless others to share photos and videos of their faces with and without makeup. By 2020, her YouTube channel had grown to over 13 million subscribers and over 1.2 billion views, and she had done collaborations with beauty brands like Ofra, Maybelline, and Lady Gaga‘s makeup brand Haus Laboratories.

Coming out: In January 2020, de Jager announced she was trans and had been taking hormones since she was 14. She went on to say that she had always planned to come out, but she felt pressured to do so earlier than she wanted after someone threatened to out her.

“I have been blackmailed by people who wanted to leak my story the press, and at first it was frightening,” she explained. “The last thing I want for you [is] to not trust me anymore or look at me with different eyes or look at me in a different matter or think that I have changed. I am still Nikkie.”

De Jager went on to say that coming out was ” liberating and freeing” and that, even though it wasn’t exactly on her terms, she was glad to have finally done it, adding, “If you feel that you’re trapped and there’s no way out, know that it gets better.”

Finding my flock: De Jager’s coming out video ended up making headlines around the world, garnering over 36 million views, and becoming one of her most-watched videos ever (second only to her “The Power of Makeup” breakout hit). Not only did her view count rise, but so did her number of YouTube subscribers and Instagram followers…by millions.

Shortly after that, de Jager was invited to appear on Ellen’s show, where she talked about her journey and the outpouring of love she had received. In June, she became a goodwill ambassador at the United Nations. And in August, she launched her own eyeshadow palette in collaboration with the brand Beauty Bay.

By coming out, de Jager didn’t just find her flock, she found a whole world of people eager to show her support and welcome her into their lives.