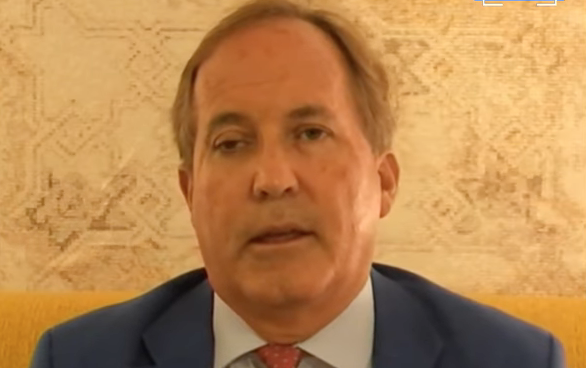 It’s been less than a week since the Supreme Court overturned Roe v. Wade, and some conservative leaders are already positioning themselves for what could come next.

Thomas mentioned a few of the high court’s past rulings, including Obergefell v. Hodges, which established the right of same-sex couples to marry, and Lawrence vs. Texas—a 2003 decision in which the court ruled against the state of Texas regarding a 1973 law criminalizing the act of sodomy.

Texas Attorney General Ken Paxton appears to be on board with Thomas’ approach, seemingly expressing support for the regressive agenda.

“I’m sure you read Justice Thomas’s concurrence where he said there were a number of other of these issues, Griswold, Lawrence and Obergefell he felt needs to be looked at again,” journalist Leland Vittert told Paxton told Paxton. “Obviously the Lawrence case came from Texas… would you as attorney general be comfortable defending a law that once again outlawed sodomy? That questioned Lawrence again or Griswold or gay marriage? That came from the state legislature to put to the test what Justice Thomas said?”

“Yeah, I mean there’s all kinds of issues here, but certainly the Supreme Court has stepped into issues that I don’t think there’s any constitutional provision dealing with,” Paxton said. “They were legislative issues and this is one of those issues and there may be more. So it would depend on the issue and dependent on what state law had said at the time.”

Vittert pressed back for a more direct response, asking, “For the sake of time here, you wouldn’t rule out that if the state legislature passed the same law that Lawrence overturned on sodomy, you wouldn’t have any problem then defending that and taking that case back to the Supreme Court?”

“Yeah, look my job is to defend state law and I’ll continue to do that,” replied Paxton. “That is my job under the Constitution and I’m certainly willing and able to do that.”

“I’d have to take a look at it,” he added. “This is all new territory for us so I’d have to how the Legislature was laid out and whether we thought we could defend it. Ultimately, if it’s constitutional, we’re going to go defend it.”

Paxton’s statement drew immediate criticism, including from his Democratic opponent Rochelle Garza, who tweeted, “Roe was just the first — they won’t stop till they roll back all of our civil rights,” Garza wrote. “We MUST kick Ken Paxton out of office this Nov. When I’m Attorney General, Texans will have a Civil Rights Division to protect ALL of our rights. Y’all means all. Period.”

Roe was just the first — they won’t stop till they roll back all of our civil rights.

We MUST kick Ken Paxton out of office this Nov.

When I’m Attorney General, Texans will have a Civil Rights Division to protect ALL of our rights.

Paxton has long opposed same-sex marriage, and has something of a checkered past. In 2015 he was indicted on felony securities fraud charges after being accused of persuading investors to buy stock in a technology firm without disclosing that he would be compensated for it. Incredibly, he has still not gone to trial as the case has repeatedly stalled.

The Texas AG isn’t the only conservative leader who’s latched onto Thomas’ comments. Utah Senate President Stuart Adams has also said he’d support the Supreme Court reconsidering same-sex marriage. Utah’s still-existing constitution ban on same-sex unions could be reinstated if the Supreme Court were to overturn Obergefell as it did Roe.