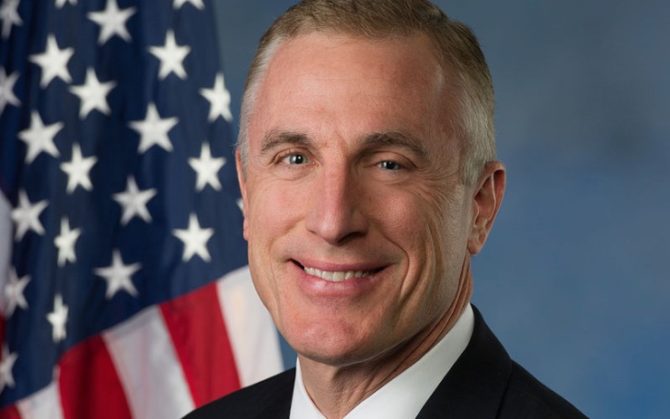 The Pittsburgh Post-Gazette reports that congressman Tim Murphy from Pennsylvania begged his mistress, Shannon Edwards, to abort their lovechild earlier this year.

In case you missed it: Last month, 65-year-old Murphy admitted to having an affair with 32-year-old Edwards after it was revealed he was being deposed in her divorce proceedings.

Murphy released a statement that said:

Last year I became involved in an affair with a personal friend. This is nobody’s fault but my own, and I offer no excuses. To the extent that there should be any blame in this matter, it falls solely upon me. I ask the media to respect the privacy of my family. They have done nothing wrong and deserve to be left alone.

Now, a text exchange between Murphy to Edwards, has emerged.

Edwards allegedly texted Murphy in January after she saw a social media post on his Facebook page accusing America of “discarding and disregarding the most vulnerable” for allowing abortions past 20 weeks” gestation.

You have zero issue posting your pro-life stance all over the place when you had no issue asking me to abort our unborn child just last week when we thought that was one of the options.

To which, the congressman allegedly texted back:

I get what you say about my March for life messages. I’ve never written them. Staff does them. I read them and winced. I told staff don’t write any more. I will.

Edwards, it turned out, wasn’t pregnant.

Murphy, who has a 0% rating from the Human Rights Campaign, voted against the Employment Non-Discrimination Act, the Matthew Shepard Hate Crimes Act, and the repeal of Don’t Ask, Don’t Tell. He also supported a constitutional ban on same-sex marriage.

Murphy announced this week that he will not seek re-election in 2018.