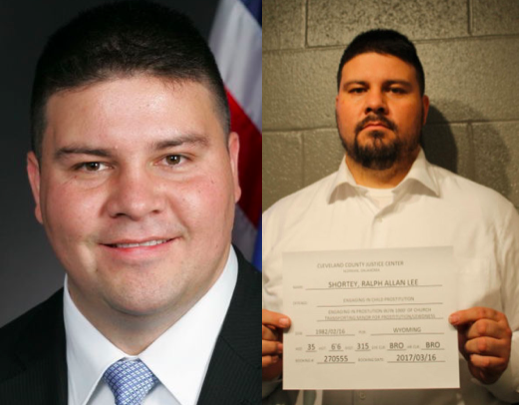 According to court documents, two of the charges stem from allegations that the 35-year-old Trump-supporting, “family values” politician, who is a married father of four, used a cellphone to send x-rated videos from an AOL email address. One of the videos featured a “prepubescent girl.” The others involved several young boys. The videos were sent back in October 2013.

The fourth charge accuses Shortey of soliciting a minor for sex in March 2017. That charge relates to three previous charges stemming from an alleged incident with the 17-year-old boy in the Super 8 motel room.

Shortey was arraigned on Wednesday afternoon in the federal courthouse in Oklahoma City. He plead not guilty to all of the charges. Afterwards, he was taken into the custody with the U.S. Marshals Service. He will be released on a $5,000 bond.