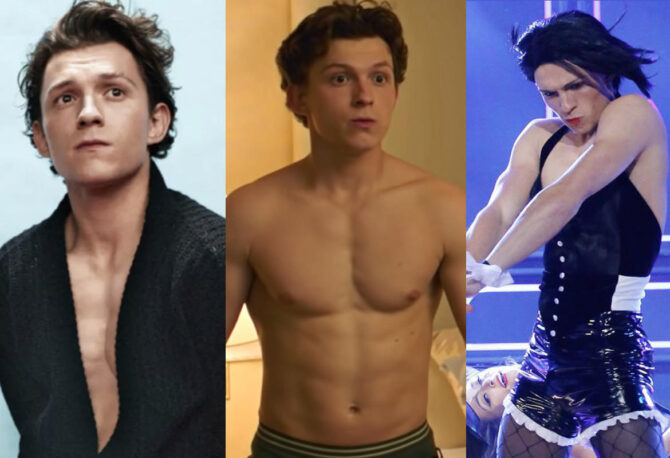 Happy birthday, Tom Holland! It’s hard to believe our beloved spider-twink has grown into a perfectly respectable spider-twunk before our very eyes, but we love to see it. Even more, we’ve loved seeing every fun, fascinating, and occasionally fruitful moment along the way. In honor of Tom’s special day and the kickoff to Pride month, here are five times the star had us totally dehydrated and bursting with pride…

Before Spider-Man: Homecoming had even hit theaters, Tom was taking center stage in his viral “Umbrella” performance for the show Lip Sync Battle. Battling against his then-costar/now-girlfriend Zendaya, he quick-changed from a “Singing in the Rain” suit down to vinyl shorts and fishnets to serve Rihanna on a platter. For exactly two minutes and ten seconds, watching the het masses appropriate the lipsync battle concept from Rupaul’s Drag Race was worth it.

The time he gave fans a peek under the Spidey-suit

Audiences are becoming more and more intimately familiar with the concept of the modesty thong, but something about Tom volunteering the information painted quite a picture. In an interview with Shortlist, the star stated, “All I have on under that costume is a thong” before going on to wonder, “Would my arsehole ever be the same again?” Hats off to this bravest of heroes for not only stripping down to a thong everyday on set, but living to emphatically tell the tale. 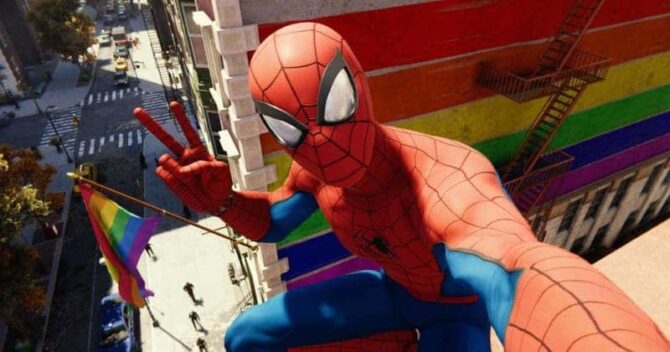 It’s surprising that Tom would speak out in favor of a queer Spider-Man when that same line had seemingly gotten Andrew Garfield run out of the role. In a 2019 interview with The Sunday Times, Tom said “of course” he could see a gay Spider-Man in the future. We’re not sure exactly what it is about stepping into the Spider-Man roles that makes actors go straight to thinking about adding a boyfriend into the mix, but hopefully Marvel will eventually get the hint.

Related: Tom Holland says Spider-Man should be gay because “the world isn’t as simple as a straight white guy”

Forever thankful to whoever cast Jake Gyllenhaal as Mysterio in Spiderman: Far From Home, because the perfectly bromantic (or, apparently, romantic) connection between Jake and Tom on the press tour was a sight to behold. In addition to things like that gif of Tom flexing for Jake, we got this lovely story of Jake getting Tom’s legs shaking — from a solid exercise routine, naturally.

The time he advertised for Prada by stripping it off

The idea that the best way to model a clothing line is to take it off is so galaxy-brained, and we’re thrilled someone thought of it for Tom Holland’s Prada campaign. The peek of a waistband, those loose curls bouncing out from underneath a sweater… are you feeling proud? We’re feeling proud.

Related: Tom Holland sells clothes for Prada… by taking them all off