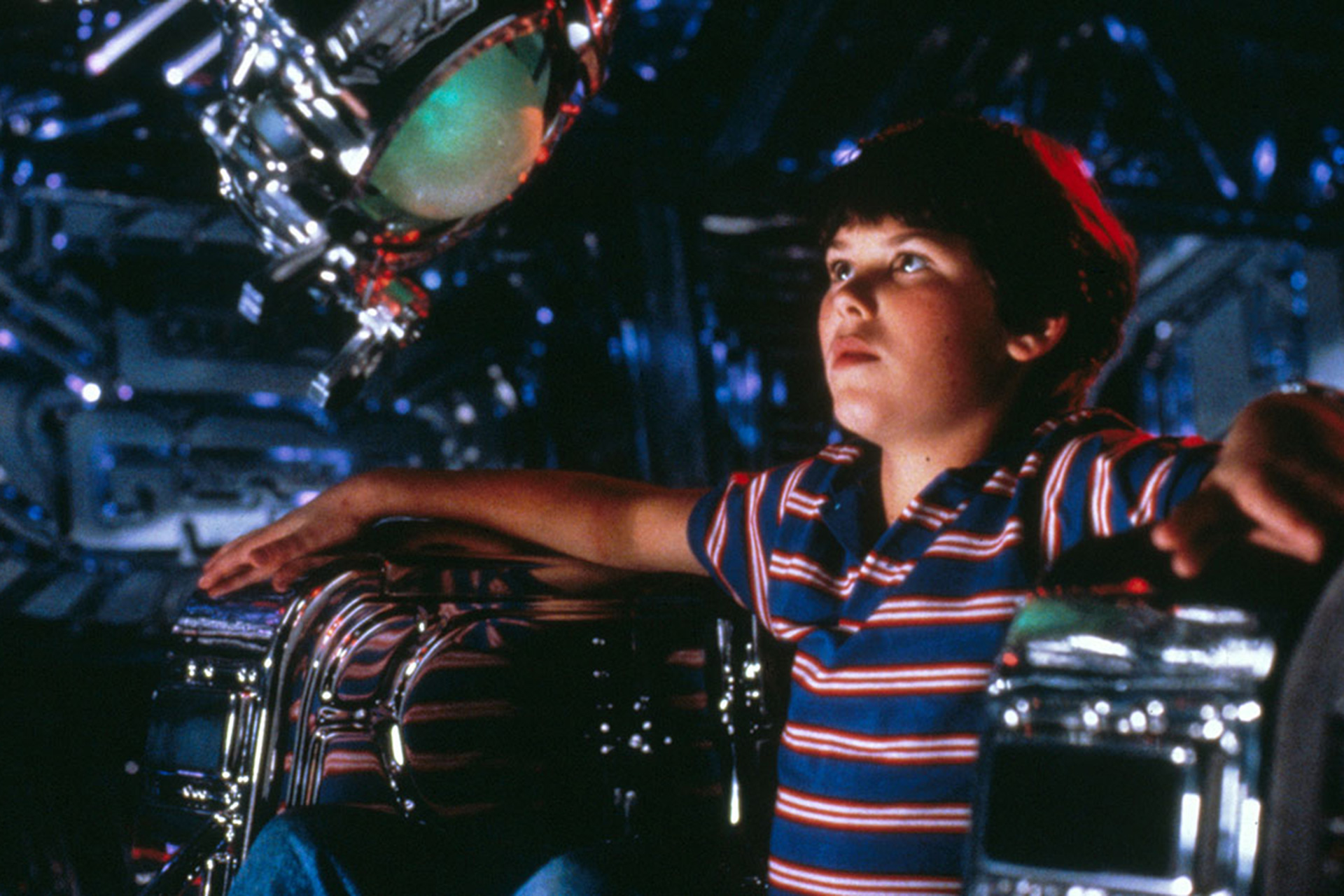 The Spin-Off: Flight of the Navigator

The outpouring of enthusiasm over last week’s Fright Night entry in Screen Gems continues to surprise us. With that in mind, we hereby offer up another cult classic of the 80s era…

Flight of the Navigator debuted on movie screens in 1986, and despite good reviews, didn’t make much of an impact at the box office. The film tells the story of David (Joey Cramer), an All-American kid who slips and falls into a ditch one day…and wakes up eight years later. He hasn’t aged, but his family sure has: his younger brother is now a robust teen, and his parents (Veronica Cartwright and Cliff DeYoung) have gone prematurely grey with worry. NASA scientists then intervene, suspecting that David’s disappearance and lack of aging might have something to do with an alien spaceship that crashed nearby. He eventually sneaks aboard the ship and meets Max (Paul Reubens), the onboard computer. It turns out Max’s files were damaged in the crash, and without files stored in David’s memory, he can never find his way home. A reluctant David becomes the “Navigator,” as the pair plot their return trip to Max’s planet…and to return David to his original time.

In the 1980s, the home video market helped give a second life to movies that flew under the radar at the multiplex. Flight of the Navigator turned out to be one of those beneficiaries, as it found an audience in video stores and thanks to frequent showings on The Disney Channel. For director Randal Kleiser (Grease) that must have felt like sweet vindication: he had shot most of Navigator as an indie film, and budget problems had shut down shooting before Disney stepped in with funds to finish the movie. As it turned out, the struggle was worth the pain; Kleiser had made his best movie.

Nobody in Flight of the Navigator outs himself on screen as LGBTQ, though as a kid, we always felt a certain kinship with David. We suspect that has something to do with Kleiser’s sensibilities: he identifies with his hero’s feelings of alienation. Lots of us, as queer kids, or even as adults felt like freaks in a world of normality. The movie also offers a gay icon bonus in the form of an early role for Sarah Jessica Parker, as a nurse that befriends David.

Disney has spent the better part of a decade trying to reboot Flight of the Navigator, but for our part, we’ll stick with the OG. It’s the perfect movie for anyone seeking out the best work of a queer filmmaker, a bit of 80s nostalgia, or just a rollicking good time when on guncle duty.