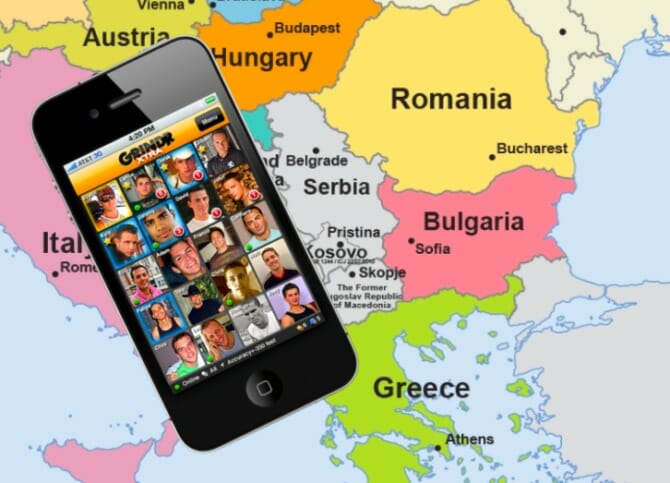 I’ve never been a flag-waving “God bless the U.S.A.” kind of guy, but spending most of 2018 traveling through the Balkans has made me rethink what it means to be gay and American. As I continue to contemplate it in my latest stop (Istanbul, Turkey), I’m so proud–and thankful–to be both.

Of course, things aren’t perfect for gay Americans back home. Both POTUS and SCOTUS are threatening some of the advances we’ve worked so hard to gain, but romance still blooms for us, and “happily ever after” can include both love and marriage–legal, state-protected marriage. Some may choose to stay in the closet, but many bust out and lead happy, fulfilled lives. Sadly, for many gays in Balkan countries that aren’t Greece, life may never be that good.

I’ve always thought of Europe as more progressive than the rest of the world, but when it comes to being gay, some of the eastern countries have more in common–or at least as much in common–with the notoriously homophobic countries of Africa and the Middle East than with the rest of the continent.

Of the dozens of gay men I’ve met in Serbia, Bosnia and Herzegovina, Croatia, Montenegro, Albania, Macedonia, Bulgaria, and Turkey, only a handful–if that many–have been out and proud gay men. Most, from twenty-somethings to forty-somethings, have been in the closet.

“Does your mother know that you’re out?” The lyrics to ABBA’s 1979 hit have occasionally been on repeat in my head, and each time, I imagine a chorus of gay Balkan men shouting “Hell no!” in response.

I absolutely get it. Homosexuality is frowned upon in this part of the world, far more so that it is in Western Europe and in North America. But there’s a different layer to being closeted here. In the U.S., many gay men don’t come out because they’re worried about how it would affect their relationships with family and friends as well as their careers.

In parts of the Middle East and Africa, passing for straight can be about literal survival. When I was living in Sydney, I met a young man from Pakistan whose father tried to kill him when he was four years old by force-feeding him sleeping pills because he already suspected his son would grow up to be gay. (Thankfully, his mother walked in and saved his life.)

I’m sure those tangible fears keep some Balkan guys in the closet, but there seems to be something more ingrained holding them back, too. It’s almost like some are instinctively adhering to a status quo they’ve been conditioned to accept since birth. They’re in the closet as much out of habit as out of fear.

The result: Gay life here is markedly different than it is elsewhere in Europe. Although some of the bigger Balkan cities have “gay-friendly” places, outside of Belgrade and Greece, actual gay bars and clubs are rare to nonexistent.

Belgrade has a fairly decent-sized LGBTQ community, but the majority of gay men in Serbia still connect with each other through faceless profiles on Grindr and other apps, not just because it’s cheaper and easier than going out. It’s also better for the image they want to present to family and friends.

One of my favorite guys in Belgrade was Dušan, a 28-year-old architect who lived with his mother and was out to no-one. He said he couldn’t sample Belgrade’s gay nightlife because he was afraid he’d see someone he knows, thus endangering his carefully cultivated sexually neutral image.

It’s a story I heard over and over in my three months there, from guys who butched it up in public and avoided physical contact with me unless we were behind closed doors. Even their handshakes in front of my building felt kind of tentative.

Gay Pride is celebrated in most of the capital cities I’ve visited (and also in Thessaloniki, Greece, whose event I missed by one day), but gay pride isn’t really a year-round thing. Outside of Greece, there are no gay villages on par with New York’s Chelsea district, Chicago’s Boystown, L.A.’s WeHo, San Francisco’s The Castro, London’s Old Compton Street, Cape Town’s De Waterkant neighborhood, Bangkok’s Silom Soi 2 and Soi 4, and Sydney’s Oxford Street. Grindr is not so much a gay option as a gay lifeline.

I’ve written a lot about my various Grindr misadventures, and there have been moments when I wished the app had never been invented. Then I arrived in Istanbul. The last time I visited the Turkish city was in 2010, pre-Grindr, so I was looking forward to checking out all of the hot Turkish guys I’d no doubt find on the grid.

As the messages came in, I was unable to read them, and I couldn’t see any of the profile photos on the grid besides my own–no faces, no torsos, no landscapes, no anything. After doing a bit of sleuthing? (which was basically Google-ing “Grindr” and “Turkey”?), I discovered that Grindr, like Wikipedia, is blocked by the government, which has also banned Gay Pride for the past four years, citing security concerns (yeah, right). In order to gain full access to either, I’d have to install a VPN.

Istanbul does have what can pass for a gay scene. Still, if you want to meet the guys in hiding, your best bets are downloading Hornet or installing a VPN, which is what I ended up doing. Grindr is as frustrating as ever, but I’ll never again take the ability to use it for granted as an inalienable gay right.

If I’ve gained anything as a gay man on my ongoing Balkan adventure (next and final stop: Romania) besides the benefits of a good VPN, it’s more gratitude for the freedom to be out back home and just as much compassion for those here who decide to stay in.