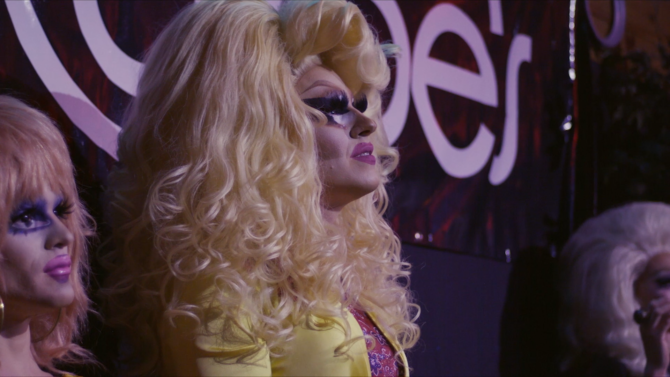 Discovery+ made the announcement in a statement, with the show set to film late this year. Trixie Motel will follow Trixie and her boyfriend, David, as they take over an old-school motel in Palm Springs. The first season will run eight episodes, and chronicle their remodel of the building as they convert it into a drag-themed paradise.

“I can’t wait to give this run-down motel the facelift it so desperately needs,” said Trixie of the new business venture. “With help from my most famous celebrity friends, we’re going to create the glossiest Drag motel of your wildest fever-dreams.”

Mattel also took to Twitter to make the announcement to her followers. “BREAKING: Palm Springs is getting a facelift in my new @discovery+ renovation series, Trixie Motel,” she wrote. “Coming next year, the show will follow me and my famous friends as we create the glossiest Drag motel of your wildest fever-dreams!”

“***this is not a joke,” she followed up, just to clear up any confusion.

Following her national debut on Drag Race Season 7, Trixie Mattel has gone on to a thriving solo career. In 2019, she became the subject of her own documentary Trixie Mattel: Moving Parts, which one a Queerty Award for Best Documentary. She’s also released three studio albums, Two Birds, One Stone and Barbara. In addition to her musical work, Mattel cohosts the comedy series The Trixie and Katya Show with fellow Drag Race alum, Katya Zamolodchikova. Earlier year, Mattel also purchased This is It, Wisconson’s oldest gay bar.

Trixie Motel will debut on Discovery+ in 2022.