The very underrated Hulu comedy about a large-figured woman trying to find love returns this week, bringing with it much hilarity and a hearty dose of queerness. Season 3 finds magazine writer Annie (Aidy Bryant of SNL) getting canceled over some edits to one of her articles. Her editor, Gabe (John Cameron Mitchell), meanwhile, sets out to publish a self-serving novel, which puts the entire magazine at risk for cancellation. Bryant is, in short, a winning, capable actress who brings warmth and joyfulness to her character. Mitchell, meanwhile, is a riot as the uber-bitchy, self-obsessed Gabe. This season’s guest stars also include Julio Torres, Fred Armisen and Patti Hanson, which is enough for us to give the show a serious recommendation. Come for the queer, stay for the laughter, as they say.

Streams on Hulu May 7. 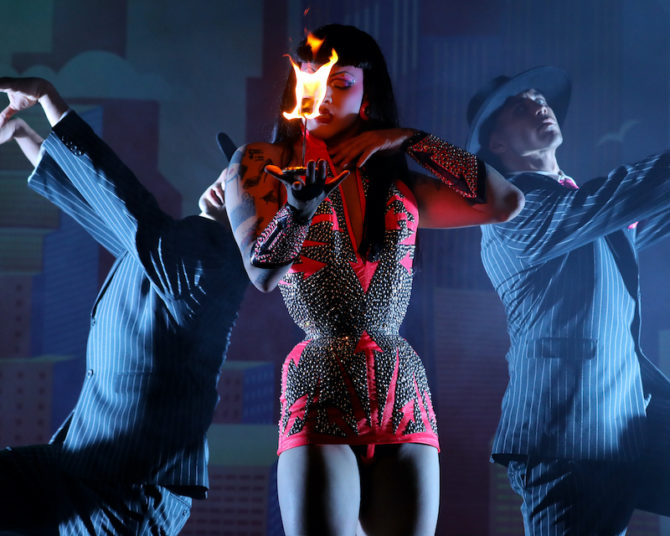 May 7-9 at Southland Mall in San Francisco. Tickets available now.

This documentary film follows gay director Sian-Pierre Regis as he rushes to the aid of his 75-year-old mother Rebecca after she loses her job as a housekeeper. Much to the surprise of them both, her cause generates international headlines. Duty Free chronicles the issues facing older adults who still must work to survive, and the unintended sacrifices single parents often face when taking care of their children. Above all though, the film tells the story of a beautiful mother-son bond, and is perfect for viewing this Mother’s Day.

The Wider: Together Together

We’ve already gushed about this terrific Sundance comedy enough, so we’ll keep this one short. Together Together tells the story of Matt (Ed Helms), a middle-aged, single man who decides to become a dad through a surrogate named Anna (Patti Harrison). As the due date nears, the two form a special bond—not quite romance, but not quite friendship either. The movie also offers a terrific showcase for Harrison, a transgender actress playing a cisgender woman, while Julio Torres and Tig Notaro have fun supporting turns. Have a look, and try not to fall in love.

Available on VOD May 11.

The Banger: The FMs “Song X”

Queer rockers The FM’s dropped their latest track this week, a rage against the constraints of the gender binary. The accompanying video finds the video juxtaposing 1950s normalcy and indulging in some bright-colored fabulous fashion. As for the track itself, we get echoes of Foo Fighters and The Killers as well as the 80s New Wave vibe of Erasure. It’s a head-bang-worthy rock anthem, and one that remembers: the essence of rock & roll has always been rebellion.

The Smooth: Evann McIntosh “Nobody Else”

Nonbinary pop crooner Evann McIntosh (they/them) drops a new video this week, a sensuous, bluesy, good ole pop tune. McIntosh’s vocals recall the jazzy rap-sing vocals of Lauryn Hill, Jamiroquai and, in particular, Corinne Bailey Rae as they opine over some beautiful, sexy object of affection. It’s a great track for grinding around the living room with someone beautiful, or driving through the sun on a sunny day.

Maybe it’s the heat, maybe it’s the stir-crazy, or maybe it’s the promise of revels at Drive & Drag Saves 2021, but we’re ready for a good old dance party. How fortunate then that synthpop artist Bryce Bowyn has graced us with his latest track, “Ruthless.” An ode to sass, glamour and heartbreaking flirtation, it conjures images of strutting down the street to meet friends on a gorgeous day. We intend to have it playing next time we need to get flirty…and given the length of this damn lockdown, that will be in the immediate future. 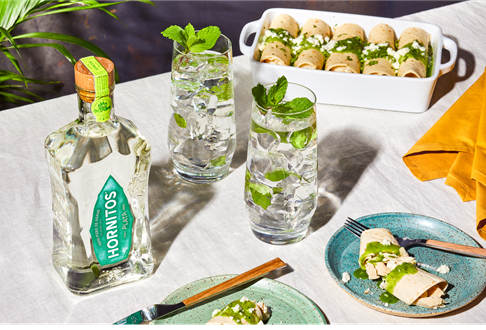 Our friends over at Hornitos suggested this post-Cinco De Mayo libation as a sweet and potent way to bring in the weekend. With mint and lime flavoring, the Tequila Smash reminds us a bit of a mojito…right down to the way it gives us the giggles.

Add tequila, simple syrup and the juice of half a lime to an ice-filled shaker. Shake and strain over ice into a highball glass. Garnish with mint leaves and three lime wedges. Salted rim optional.