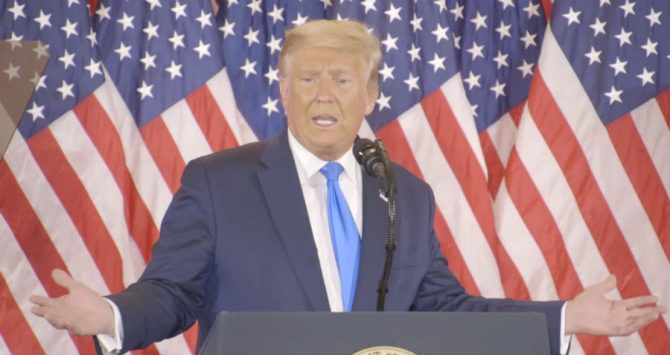 The unemployment rate in the United States is pretty bad right now, but it’s even worse for former members of the Trump administration.

Several ex-Trump officials are finding themselves unemployable after spending four years serving under the worst president in American history.

As it turns out, working for a dude who stoked hatred and bigotry and helped incite a deadly insurrection the U.S. Capitol doesn’t look so good on a resumé. Go figure.

It’s not been easy. Tainted by Trump’s reputation, several Trump aides described an increasingly bleak job market with virtually no chance of landing jobs in corporate America and some even having seen promising leads disappear after the rampage at the U.S. Capitol. A second former White House official said they knew of “people who got jobs rescinded because of Jan. 6.” A Republican strategist was blunter.

“They are really f—ed,” the strategist said, pointing to some top officials who stuck with Trump until the bitter end. “The Hill scramble, one of the few places where they’d be welcomed, already happened a month or so ago… They were told over and over to take their hand off the hot stove, and they didn’t want to listen.”

But it’s not just lower and mid-level staffers who can’t find jobs. Trump’s fourth chief of staff, Mark Meadows, is reportedly so desperate for a gig, any gig, that he’s considering a position at the Trump Organization.

Other former Trump officials are said to be hitting up old bosses for work or giving up on their employment searches altogether and starting their own businesses, like ex-White House director of strategic communications, Alyssa Farah, who is said to have started a consulting operation.

Even more have reportedly left Washington, D.C. for red states like Texas and Florida in hopes of bolstering their job prospects, like Chad Mizelle, the former acting general counsel of the Department of Homeland Security, who just relocated to the Sunshine State with his wife and is said to be “sipping margaritas” while he waits for his phone to ring with a job offer.

And then there’s ex-Vice President Mike Pence who is both unemployed and homeless right now after he and his mother, Karen, failed to secure a living situation before their free, taxpayer-funded housing expired last week.

Oh, and speaking of Florida, Trump is currently down there scrambling to cobble together a defense team for his upcoming second Senate impeachment trial, which kicks off February 8. He’s also facing an onslaught of potential civil or criminal charges related to Trump Organization’s business and tax practices.