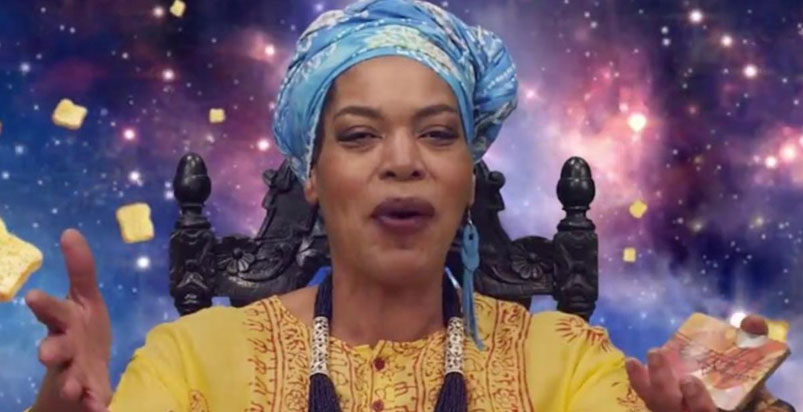 Brace yourselves. Telephone psychic, infomercial queen, and ’90s icon Miss Cleo is the latest celebrity to get the Hollywood treatment.

Miss Cleo–real name Youree Dell Harris–rose to international fame for her pay-per-call psychic hotline in the 1990s. Her thick Jamaican accent and upbeat attitude became an immediate hit with viewers.

Of course, it was all an act.

A lawsuit in 2000 against the Psychic Readers Network, the parent company behind Miss Cleo’s iconic infomercials, exposed her as Los Angeles-born Youree Harris, a lesbian actress and sometime playwright. The exposure caused massive damage to her career. Harris died of cancer in 2016.

Now, a new documentary will recount the rise and fall of the Miss Cleo phenomenon and the personal life of the woman behind it all. Deadline reports director Senain Kheshgi will helm the as-of-yet-untitled film for studio XTR.

“Youree Harris may have been an accomplice or perhaps a victim in the Psychic Reader’s Network fraud but she also had talent and personality, which for women doesn’t always translate into access or wealth,” Kheshgi says.

“Her story is an example of how brown and Black women have historically been marginalized and exotified in society and popular culture. The enduring image of the dark, mystical woman still continues to perpetuate this stereotype.”

Kheshgi adds, “As a woman of color and a director who wants to explore stories from diverse perspectives, I am moved by how Youree found a way to navigate her life on her own terms.”

Throughout her career, Miss Cleo often focused on offering advice in business and love. We hope the documentary dives a bit more into her own. During her lifetime, Harris often supported LGBTQ charities and claimed to have had a child with a gay man who died of AIDS.

A release date for the documentary has yet to be announced. In the meantime, we’ve also gone back to have a look at some of Miss Cleo’s greatest moments. Watch.