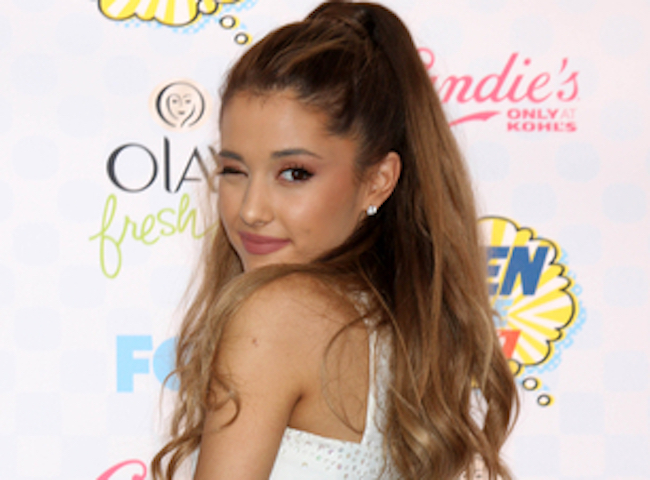 And that’s the worst kind of anger.

In a story that ran Wednesday, Billboard reporter Mitchell Harrison hailed Ariana Grande “the gay icon of her generation,”

He includes eight increasingly graspy reasons why this might be so, including: her gay brother, her 2015 NY Pride performance, her appreciation for the LGBTQ community as a whole, and… her Celine Dion impression?

Related: Erm, so this is a new song by Ariana Grande’s gay brother, Frankie. What do you think?

Tight deadlines will do this to a person.

Now Twitter is furious at Billboard. Beside themselves. Striking back. Lashing out. Not having it.

I like Ariana, but the gay icon of our generation is so obviously Lady Gaga. All other answers are false.

Billboard thinks Ariana is her generation's gay icon. Okay but No. Break Free isnt an explicitly and specifically for-the-community anthem.

Just bc a majority of Ariana's fan base is gay men, does not make her fit to "represent" the LGBT community as a gay icon.

I love ariana with all my heart, but she's not a gay icon. She's an amazing supporter of lgbtqa+ rights, but none the less, she's straight

I feel like gay icon is a title I'd wanna leave for actual queer folk? imo ppl like Ariana (and Judy etc) fit under a different category

Got that? We won’t forget this, Billboard. You just crossed the wrong gay community, pal. Not our gay icon. We’re gonna come down on you so fast, you won’t know what hit you. We will not rest ’til…ZOMG, brownies! YES.