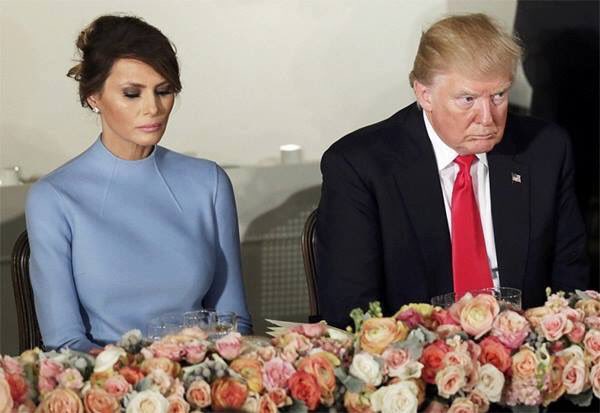 The overwhelmingly negative reaction was fast and furious.

After all, no one’s too likely to forget Trump feels entitled to grab women “by the pu*sy.”

And they might view your subsequent claim of having “tremendous respect” for women with tremendous skepticism, at best.

Here be those tweets:

I have tremendous respect for women and the many roles they serve that are vital to the fabric of our society and our economy.

On International Women's Day, join me in honoring the critical role of women here in America & around the world.

Here’s how that’s going over:

@realDonaldTrump by grabbing the genitalia of female strangers

@realDonaldTrump Liberating the sex that stands BEHIND EVERY SUCCESSFUL MAN like us, one golf ball at a time! pic.twitter.com/lJUP3F1esA

.@realDonaldTrump from your own book, demonstrating just so much respect for women. pic.twitter.com/4KbgexGmO7