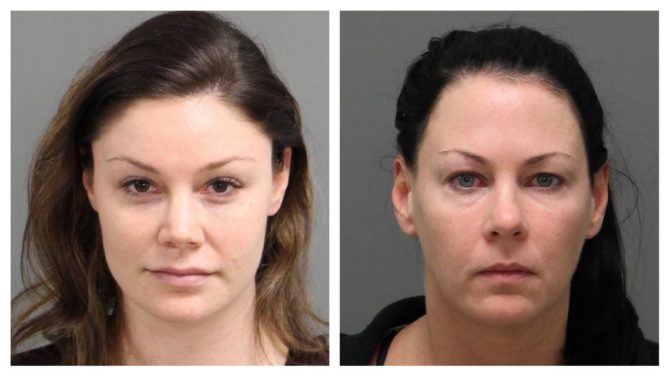 Police have arrested two women in Raleigh, NC for allegedly assaulting a transgender woman in a bathroom.

The incident took place at Milk Bar, a local cocktail and music venue, on December 9. According to police reports, two women, Amber Harrell, 38, and Jessica Fowler, 31, entered the ladies’ room and struck up a conversation with another woman there.

Though at first the conversation seemed affable, it turned violent, apparently after Fowler and Harrell realized the other woman was transgender. Fowler & Harrell then grabbed at the woman’s genitals and asked if she had a penis. One even tried to pull the victim’s shirt off to examine her breasts.

The harassment continued outside the bathroom where Harrell and Fowler continued to grope the woman’s buttocks and stomach. Bar staff reportedly had to ask the two women to stop a number of times. The day after the incident, a friend of the victim alerted law enforcement. Both Harrell and Fowler eventually turned themselves over to police. The former posted $50,000 bond for release. Fowler remains in jail under a $30,000.

The attack comes on the heels of several proposed “bathroom bills” aimed at targeting transgender individuals. The most recent, HB 142, prevents cities from passing their own non-discrimination bathroom policies in the state.