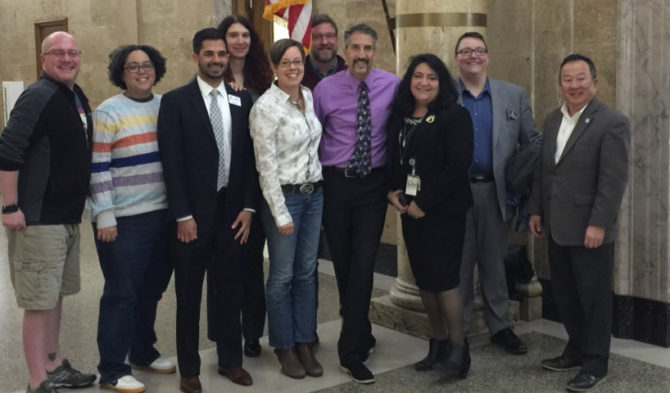 Finally catching up to the wisdom of the medical community, the city of Denver has banned so-called “conversion therapy” for minors.

The city council voted in a unanimous vote to join 14 states and dozens of other cities around the United States in ending the practice, a damaging psychological practice that attempts to change sexual or gender orientation. Mainstream science has long held that conversion therapy causes extreme harm, particularly in teens and children.

“This is a very proud moment for my administration, for members of City Council, and for everyone in Denver who values inclusion and acceptance,” said Denver Mayor Michael Hancock. “Tonight’s vote to ban conversion therapy is our city coming together and saying with one voice that we will never allow our LGBTQ+ youth to be the targets of these dubious practices, and that we are here to support them.”

Recent years have seen the debate over conversion therapy–a practice still advocated by some religious groups–heat up. 2018 saw the release of two films based on the stories of survivors of conversion therapy: Boy Erased and The Miseducation of Cameron Post, both of which portrayed the practice leading patients to suicide.