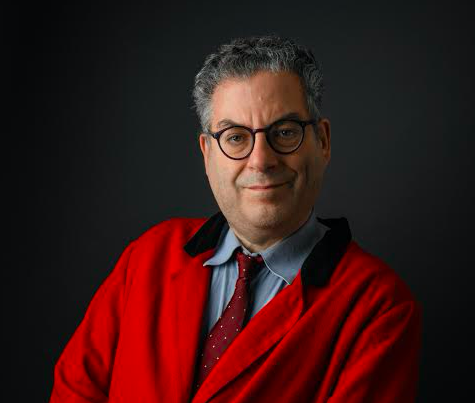 Don’t believe the polls, everyone.

They traditionally size up which candidate people plan to vote for, but they never factor in the effect of voter fraud. Polls don’t reflect all the absentee ballots that won’t arrive, the filed ballots that might mysteriously disappear, or the reduced number of sorting machines, mailboxes, drop off sites, and polling places–so often in black areas, interestingly enough.

As a result, polls can be seductive and so can predictions, they lull us into a sense of complacency. A couple of weeks ago, when even fake-news peddler Rupert Murdoch swore that Biden/Harris will win in a landslide, I had to wonder about his motivation. Call me cynical, but it seems like Murdoch and his ilk are pushing this scenario because they would love us to feel overly confident and just stay home next Tuesday.

Well, that’s obviously not working, since record-breaking numbers of people have packed a sandwich and some anti-anxiety pills and lined up for hours to vote early, sometimes waiting for hours just to vote out Trump.

The only reason a lot of people are staying home Tuesday is that they’ve already voted! As of Friday, over 85 million ballots had already been cast, comprising more than half the complete total of votes four years ago. This is astounding and inspiring, especially since it seems like the desperate rush to oust Donald Trump is what’s behind this deafening explosion of democracy.

People who used to sit home and not care all that much suddenly care as if their lives depended on it. A lot of those who sat it out last time or voted for Jill Stein because Hillary lacked a certain, I don’t know, “likability,” are now turning out in droves to have their voices heard and make sure we don’t repeat the 2016 fiasco. And this is extra gratifying because we’re going to have to care in huge numbers in order to offset all the voter suppression the Republicans are shamelessly attempting. Again: Don’t believe the polls.

The other day, I made a point of voting early, waiting in an even longer line than at Trader Joe’s, just to make sure I put my two cents in as a concerned citizen. Even though New York State will surely go for Joe Biden, I want the numbers here to be staggering—a massive display of contempt for the base theatrics and gross politicizing of the Trump administration, which has immeasurably damaged us as individuals and as a country.

The showdown between Trump and Biden has been described by some pundits as the most important Presidential election in American history, and I do believe it is, so I’m calling on anyone who hasn’t done so yet to go and exorcise this demon so we can finally put this communal nightmare to rest. (And don’t vote for Kanye either.)

A second term for Trump would mean four more years of lying, treason, bigotry, and projecting, all eagerly supported by his soulless lackeys. (We’ve got to win the Senate too. Let’s go for broke!)

Biden may not be the answer to all your prayers, but anyone claiming that he and Trump are pretty much the same is as deluded as the MAGAts are.

Subscribe to Queerty for a daily dose of #michaelmusto #trumpv.biden stories and more