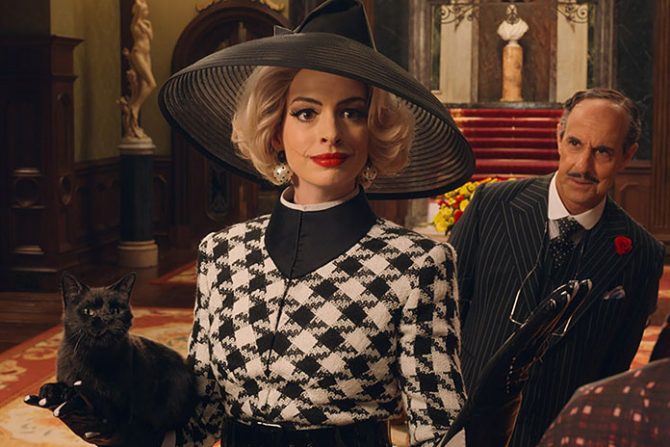 Just in time for Halloween season, the trailer for the much-anticipated remake of The Witches has arrived.

For the uninformed, The Witches adapts the cult novel by author Roald Dahl, who also penned Charlie and the Chocolate Factory and James and the Giant Peach. The new version casts Oscar-winner Anne Hathaway as the Grand High Witch, the leader of a worldwide coven of witches hellbent on killing off all the children in the world. Squaring off against her, a plucky young hero known as The Boy (Jahzir Kadeem Bruno) and his grandmother, (Oscar-winner Octavia Spencer); a pair of working-class folk who learn of the witches’ plan, and vow to thwart it.

It’s hard not to look at Hathaway’s Grand High Witch with her Haute couture wardrobe and exaggerated Eastern European accent vamping around a historic hotel and not think about Melania Trump. Of course, we’re not sure Ms. Trump would have the cognitive power to put together a world-spanning plan…though learning she’s a witch would make a lot more sense of her marriage.

For that matter it’s also hard not to get a high-camp Death Becomes Her vibe from watching the visuals and style of humor in the trailer. That may be no coincidence: Oscar-winning director Robert Zemeckis, who directed Death Becomes Her, directs here.

Stanley Tucci, Kristin Chenoweth and Chris Rock also star. The Witches was originally slated for a theatrical release, though with the ongoing COVID-19 pandemic, studio Warner Bros. has opted to release the film directly to HBO Max this October 22.