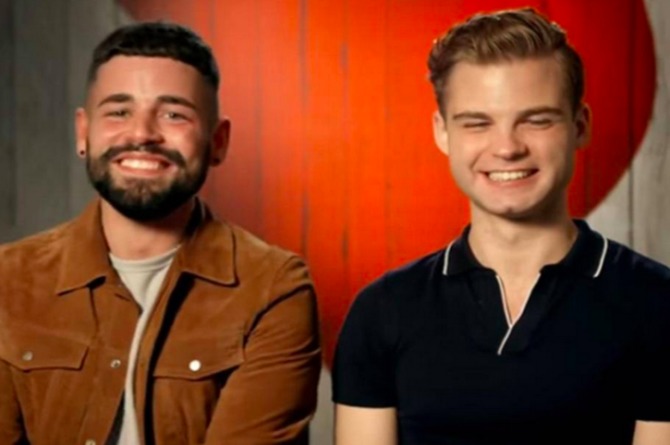 Dating is challenging. It takes a lot of time. It costs a lot of money. You have to kiss a lot of frogs. And more often than not you end up going home alone.

Now imagine if you had the added challenge of being deaf.

John Charles is a deaf gay man. He was recently paired up with Stephen, a hearing man who speaks Irish Sign Language, for an episode of the reality show of First Dates Ireland.

Related: If you think dating is hard, trying dating while deaf

In the episode, the guys meet up at a restaurant. Over dinner, John Charles explains that one of his biggest pet peeves is when people talk “louder” in his ear after learning he’s deaf, as if screaming at him will somehow help.

Meanwhile, Stephen shares his own struggles with dating deaf men and how, any time they go to a club, the guys always want to stand right next to the speakers so they can feel the vibrations. But for him, the noise is often “overwhelming.”

So did it work out?

Unfortunately, no. In a post-date interview, John Charles says he had a “brilliant” time with Stephen, but he’s been too busy finishing up college and finding a job to focus on dating, though he remains hopeful Mr. Right will come along someday.

From spirituality to sign language, it’s been another successful night in the First Dates restaurant.

Here’s how some of tonight’s daters have been getting on since their dates.#FirstDatesIRL pic.twitter.com/EyQEvddU8g

Related: TV is getting its first-ever series about a deaf gay man played by a sexy deaf gay actor