Fans of The Shining, early American Horror Story and psycho-biddy exploitation flicks rejoice: Ryan Murphy and Sarah Paulson return to their roots with Ratched. The horror/mystery series reimagines the origin of the iconic Nurse Ratched, of One Flew Over the Cuckoo’s Nest conceiving her as a young, aspiring nurse with a mysterious past. When Mildred takes a strange interest in convicted mass murderer Edward Tullison (Finn Wittrock), a bizarre plot begins to unfold, and nobody is what they seem. The stellar cast also includes Cynthia Nixon, Judy Davis, Amanda Plummer, Charlie Carver, Jon Jon Briones, and Sharon Stone, though Sophie Okonedo steals the most scenes as a patient with multiple personality disorder. Quite simply, it’s addictive as hell.

Janelle Monae gives her most captivating performance yet in this horror film from gay directors Christopher Renz & Gerard Bush. In Antebellum, Monae plays Veronica, a successful author, as well as Eden, a slave woman held prisoner by Confederate soldiers. A strange link that spans the centuries connects the two women, and as Eden plots her escape, Veronica comes face to face with a terrifying scheme. Jenna Malone, Lily Cowler, Jack Houston, Kiersey Clemons and Gabourey Sidibe also star in one of the most imaginative, ambitious and timely films of the year.

Anyone craving lighter—if quirky—fare, look no further than Kajillionaire, the new crime comedy from writer/director Miranda July. Evan Rachel Wood stars as Dolio, a 20-something female grifter still living with her parents (Oscar nominees Richard Jenkins and Deborah Winger) in constant fear of an apocalyptic earthquake. The trio survives by begging, scamming and cheating their way through life, taking up residence in an abandoned office building that floods every few hours courtesy of a nearby laundromat. When Dolio meets the vivacious Melanie (Gina Rodriguez), she begins to yearn for a world away from her self-obsessed parents, even if that means a life of uncertainty. It’s easy to see Kajillionaire as a simple, if unusual, comedy…or as a metaphor for Millennials breaking away from their Boomer parents. Either way, it is a film worth seeing.

The outrageous Hulu comedy returns this week, once again find series 30-something co-creators Anna Konkle and Maya Erskine playing adolescent versions of themselves trying to navigate middle school. As with last season, Season 2 finds the girls obsessed with boy crushes, school politics and budding sexuality, all set against the background of early 2000s excess. Erskine & Konkle somehow manage to suppress their adulthood into credible portraits of young teens, while their actual teenage castmates also deliver. Funny as it is usual, we think it’s worth a look. 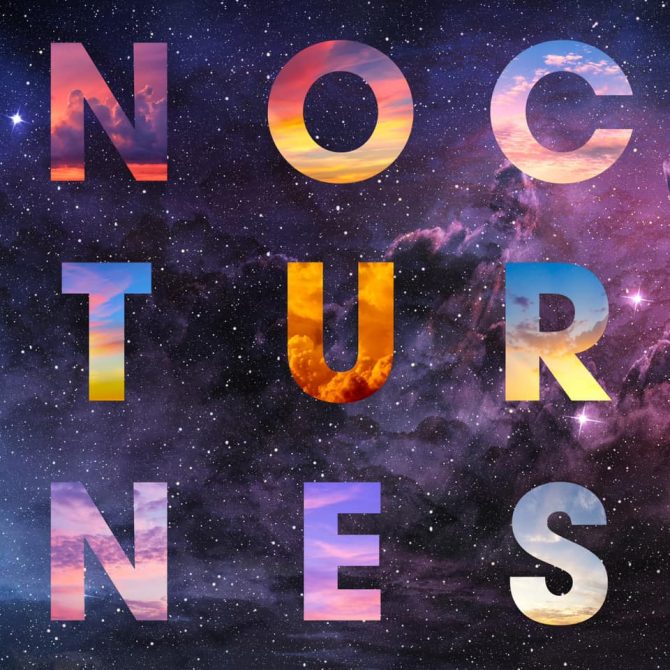 Fans of electronica, EDM and synthwave shouldn’t miss Daniel Liam Glyn’s new concept album Nocturnes, a moody collection of synth tracks and soundscapes that evokes Daft Punk. Glyn based the music on the dark dreams he had between April and June with the COVID-19 pandemic in full force. As such, Glyn channeled his melancholy, anxiety and introspection into songs that feel both ominous and optimistic—kind of like watching the stars at night. Perfect for dancing or chilling (with or without company, if you take our meaning), we suggest it as a perfect soundtrack for moving into autumn.

The Giggle: That Golden Girls Show: A Puppet Parody

This week saw the world celebrate 35 years of The Golden Girls, a show we still love after watching it for years in reruns. Though a reunion show isn’t possible, the folks over at Broadway on Demand have developed the next best thing—new short episodes featuring puppet facsimiles of our favorite ladies. Told in bite-sized 5-minute segments, the series recreates the characters of Dorothy, Blanche, Rose & Sophia with sparkling affection. Occasionally, the jokes even feel like the real thing…and evoke the appropriate laughs.

Now streaming on Broadway on Demand.

The Sip: The Sophia 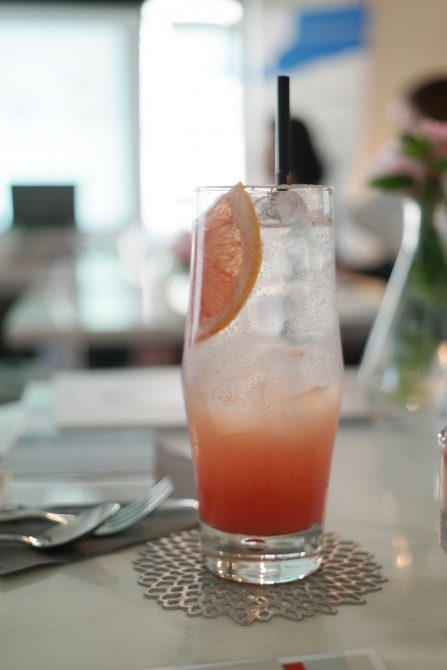 In honor of That Golden Girls Show, we propose this week’s libation, a fizzy, tart flavor that packs a wallop–kind of like the character that inspired it.

Mix vodka & juice over ice in a glass. Top off with club soda to taste.