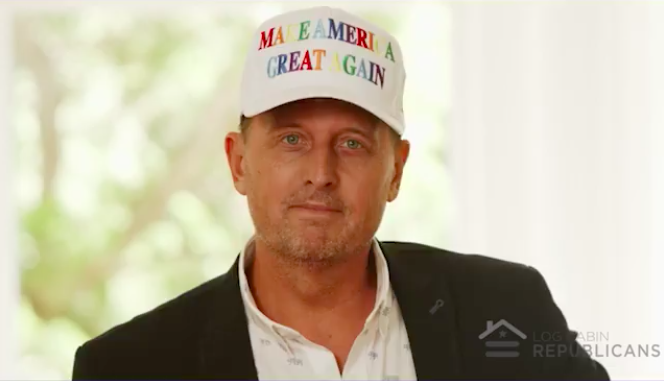 When most people think of Donald Trump, the words “pro” and “gay” typically do not ever enter their minds. Unless you are a Log Cabin Republican, then, evidently, he’s the most pro-gay president in the history of all presidents who ever existed!

A weird new video by the self-hating gay conservative group featuring none other than out former U.S. ambassador to Germany/Trump surrogate Richard Grenell claims Trump is “the most pro-gay president in American history.”

The video, set to patriot-sounding, royalty-free music, makes all sorts of patently false claims, including that Trump is the “strongest ally that gay Americans have ever had in the White House,” that he spearheaded some non-existent global initiative to decriminalize homosexuality planetwide, and that he was the first president in history to be “pro-gay marriage from his first day in office.”

In reality, Trump has spent the past three and a half years chipping away at LGBTQ equality and appointing antigay judges, he’s embraced some of the most homophobic leaders in the world, including Vladimir Putin and Jair Bolsonaro, and he spoke out against same-sex marriage while on the campaign trail in 2016.

Oh, and let’s also not forget that he picked one of nation’s most homophobic governors to be his Vice President.

But sure! Donald Trump is the most pro-gay president America has ever seen! …So long as you don’t look at his record, his tweets, his allies, or listen to anything he’s ever said about LGBTQ people.

President Donald J. Trump made history for LGBT Americans — and nobody knows that better than Richard Grenell. #GetOUTspoken