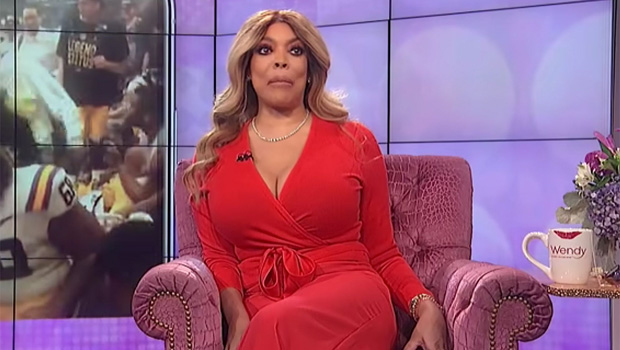 Hot on the heels of the cancellation of her long-running talk show, embattled TV personality Wendy Williams has reportedly fired her entire management team. In an even weirder twist, the same report posits that she is now living in virtual isolation, only speaking to two immediate family members.

Producers for The Wendy Williams Show axed the 14-season show earlier this week. Williams had missed the entirety of the current season due to vague health concerns with a series of guest hosts filling in on her behalf. Sherri Shepherd will replace her, with the show being retooled into Sherri next season.

This came shortly after Williams filed a lawsuit against her bank, Wells Fargo, alleging that she has been cut off from her financial resources and is unable to pay her bills. Both the lawsuit and ongoing drama with her talk show accompany rumors that she is suffering from mental deterioration, possibly due to dementia.

Related: The vultures have begun circling around Wendy Williams

Now, The Sun reports that Williams has fired her entire management team over their handling of her health and employment crises. Both longtime manager Bernie Young and publicist Howard Bragman have been met with the chopping block.

“Bernie and Howard are out. They don’t even have a way to get in contact with her,” a source tells the outlet.

The same source further alleges that the production house behind The Wendy Williams Show, Debmar Mercury, hired Bragman on Williams’ behalf following her hospitalization for a psychiatric evaluation in September 2020. The source adds that the production company hired Young as well, though Williams agreed to his employment.

The news of Bragman’s firing follows a cryptic post to Williams’ Instagram account earlier this week in which someone–purportedly Wendy herself–criticized his statement accepting the hiring of Sherri Shepherd as Williams’ replacement, leading to Bragman publicly questioning whether the talk show host was actually running her own social media.

Sources also tell The Sun that Williams lives in almost total isolation, only having contact with her ex-husband, Kevin Hunter, and their son, Kevin, Jr., and that she suffers from extreme memory loss and has trouble dressing herself.

Related: The Wendy Williams drama just took another strange turn and things are about to “get ugly”

“Her son is doing a great job with her, taking care of her and getting her the help she needs,” one insider says. “Kevin Jr has Power of Attorney, but his dad is helping him manage what that means he needs to do. He’s young, and because of everything going on, Wendy isn’t opposed to having her ex-husband help her.”

Meanwhile, Shepherd and the suits at Debmar Mercury have gone into full-on damage control, attempting to deflect criticism for removing Williams from her show. In an interview with People, Sheperd sang Wendy’s praises while not addressing her ongoing health woes.

“She made her own path,” Shepherd said. “What Wendy does, nobody can recreate — none of the guest hosts. That is specific, Wendy created that.”

“So I love that, and I love her fearlessness, and that is something that I want to emulate and keep going,” Shepherd added. “She opened up a lot of doors, and she’s up there with the greats.”