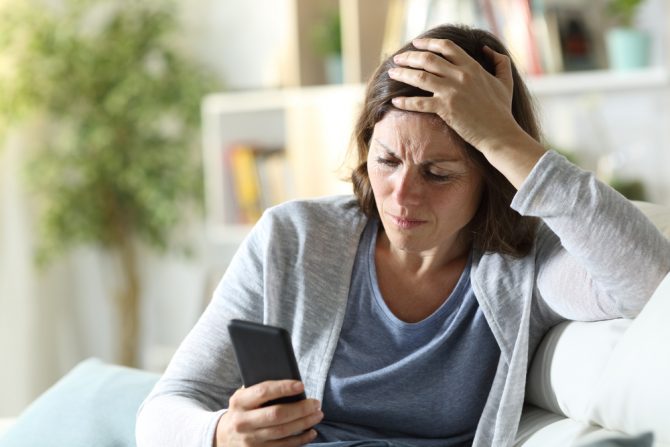 A recently-widowed woman just discovered her deceased husband had a thing for sharing nudes with other men on Instagram and she isn’t sure what to make of it, so she’s writing to advice guru Dan Savage for help.

“My husband was a very good-looking man who took meticulous care of his body,” the widow writes. “He enjoyed the effect his appearance had on others.”

The couple was married for about 12 years before the husband passed away. Afterwards, his widow uncovered a list of passwords to his social media accounts.

“I made the mistake of looking at his messages on Instagram,” she writes. “He exchanged private images with hundreds of women and gay men all over the world.”

The widow says she always knew her husband was a bit of an exhibitionist with a high libido and once “got in legal trouble for exposing himself in a public place,” but she had no idea he had been communicating with so many people behind her back.

“I’ve read through all his messages with these strangers and there are no mentions of any meetings. I’ve seen dozens of messages from people wanted to meet in person and he always turned them down. But he never turned down a request for more photos.”

The whole thing has left her very confused.

“I hate sitting here feeling like my marriage was a lie,” she writes. “Also, men? My husband was straight. Why was he sending photos to gay men?”

In his response, Savage first offers the widow his condolences then tells her she shouldn’t ever doubt her husband’s love for her.

“As far as you know … your husband never cheated on you, and after reading thousands of his DMs, and since your husband didn’t think you would ever see those DMs, it’s safe to say you know everything.”

Savage continues by telling the widow to consider her husband’s DMs as a tool he used to relieve sexual pressure and nothing more.

“On Instagram your husband could expose himself to strangers who wanted to see him naked – avoiding both consent violations and legal trouble – without exposing himself to the temptations of face-to-face encounters, temptations that might’ve led him to violate the monogamous commitment he made to you.”

As for communicating with other men, Savage says he really doesn’t think that’s anything to be worried about.

“Your husband’s willingness to accept attention from gay men is another sign he was one of the good guys,” he writes. “Straight guys who are secure in their sexuality are much more willing to accept compliments from gay men these days–some straight guys, like your husband, even seek them out.”