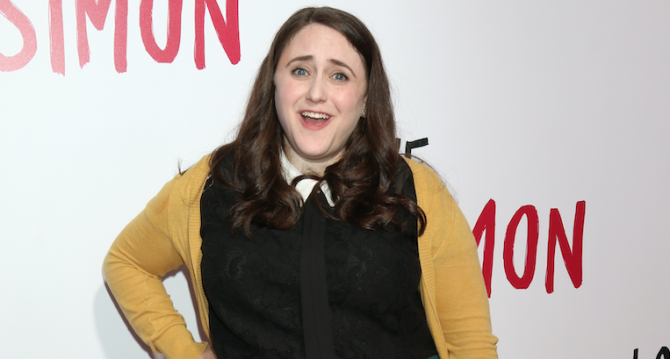 Bio: This Atlanta native ditched her clinical psychology career in 2012 to become a writer, and her debut novel, Simon vs. the Homo Sapiens Agenda hit bookshelves in 2015. The book earned the William C. Morris Award for Best Young Adult Debut of the Year, was long-listed for a National Book Award, and inspired the groundbreaking 2018 rom-com Love, Simon.

Albertalli returned to the Simonverse with the books The Upside of Unrequited, Leah on the Offbeat, and Love, Creekwood. She’s also the co-author of What If It’s Us and Yes No Maybe So.

Coming Out: Albertalli publicly came out as bisexual in August 2020. “I’m pretty sure I’ve had crushes on boys and girls for most of my life,” she wrote in a Medium essay at the time. “I just didn’t realize the girl crushes were crushes.”

“The idea of sexual fluidity wasn’t even on my radar,” Albertalli added. “And there didn’t seem to be a word for girls who basically liked guys, but were sometimes (randomly!) fascinated by girls. But the girl stuff was always so vague, and it didn’t really fit with how I saw myself. So my brain did what brains sometimes do. It edited out all the parts that refused to make sense. And for over two decades, I basically forgot those feelings existed.”

Finding Her Flock: Unfortunately, Albertalli didn’t come out the way she wanted to. “Honestly, I’m doing this because I’ve been scrutinized, subtweeted, mocked, lectured, and invalidated just about every single day for years, and I’m exhausted,” she wrote.

As she explained, her decision followed years of criticism — especially after Leah on the Offbeat became a bestseller — that she was writing queer stories. “There were thinkpieces based on the premise that I, a straight woman, clearly knew nothing about being a bi girl,” she wrote. “I was frequently mentioned by name, held up again and again as the quintessential example of allocishet inauthenticity. I was a straight woman writing shitty queer books for the straights, profiting off of communities I had no connection to.”

In the essay, she urged fans and writers to be careful when engaging in conversations around the authorship of LGBTQ+ fiction. “Can we make space for those of us who are still discovering ourselves?” she asked. “Can we be a little more compassionate? Can we make this a little less awful for the next person?”