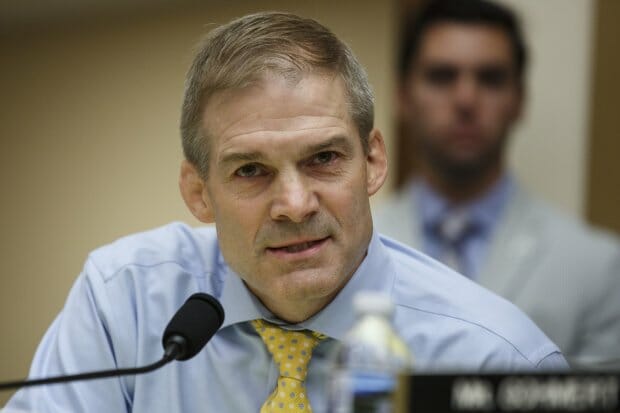 Yet another former Ohio State wrestler has come forward to accuse Rep. Jim Jordan of willfully ignoring sexual abuse of male athletes by the team doctor back in the late ’80s and early ’90s.

Just a little backstory: Jordan, who has served as the U.S. Representative for Ohio’s 4th congressional district since 2007, worked as assistant coach for the wrestling team from 1986 to 1994.

The doctor in question, Richard Strauss, was the athletic director doctor from 1981 to 1995. He committed suicide in 2005.

A group of former wrestlers approached the university earlier this year after the conviction of Olympic gymnastics doctor Larry Nassar. Mike DiSabato was one of the first to come forward to say Strauss sexually assaulted at least 15 student-athletes during his time at OSU.

But the scandal doesn’t stop there. A few of the wrestlers also claimed Jordan knew about the abuse but turned a blind eye to it all.

Now, David Range, who wrestled for OSU in the late ’80s, tells Washington Post that Jordan had to have known about the alleged abuse because it happened regularly to team members and people talked openly about it.

“Jordan definitely knew that these things were happening–yes, most definitely,” Range told the newspaper. “It was there. He knew about it because it was an everyday occurrence.”

Range is now the seventh person to claim Jordan knew about the abuse but did nothing.

Meanwhile, Jordan, who has been positioning himself to be the next Speaker of the House once Paul Ryan retires after this year, continues to deny knowing anything about the alleged abuse.

In a statement issued last week, his office said, “Congressman Jordan never saw any abuse, never heard about any abuse, and never had any abuse reported to him during his time as a coach at Ohio State.”

And in an interview on Friday, Jordan told Fox News’s Bret Baier that he believed two of the former wrestlers had a personal “vendetta” against him and were using the scandal to try and tarnish his reputation.

But even if this were true, there are still five others who don’t have any vendettas against the lawmaker who also say he turned a blind eye to the abuse.

“Conversations in a locker room are a lot different than allegations of abuse or reported abuse,” he said, adding that “no one ever reported any abuse to me.”

OSU is conducting an investigation into the charges. So far, it has interviewed 150 people. No doubt, because of his former position, Jordan will end up having to explain what he knew.