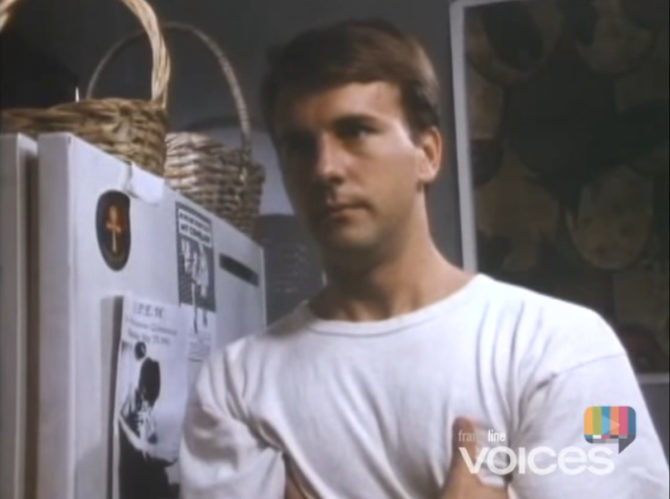 Networks like Logo and HBO and online streaming services like Dekkoo and Netflix present new LGBTQ content so regularly it can be hard to keep up with it all. Yet our cinema, in the form of short films and series, have been around for nearly half a century, much of it apparently lost to history.

But now, thanks to Frameline, host to the San Francisco-based film festival, you can watch at least a smattering of them. Frameline has launched its own YouTube channel, streaming nearly 100 queer stories seemingly lost in time.

These 10 films represent some of the best the festival circuit, and offer an amazing inside look at the evolution of queer cinema. 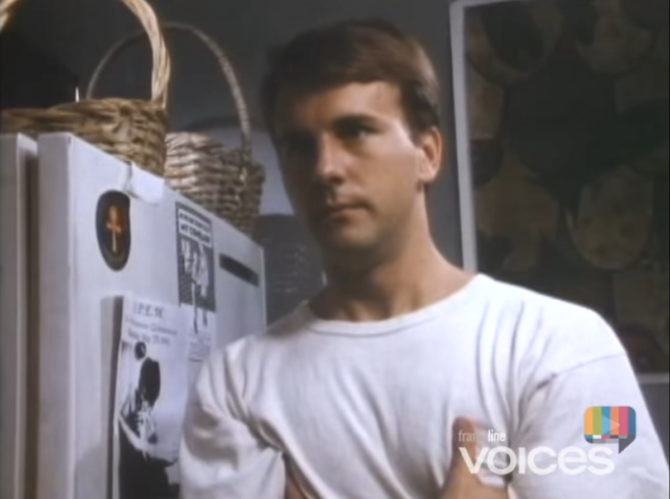 Writer-director Mark Christopher would go on to make the feature film 54, a movie that flopped on initial release thanks to studio butchery that removed most of the queer content. 54 gained new respect in 2015 when Christopher’s director’s cut resurfaced to a much warmer reception.

Before the 54 debacle though, Christopher won praise for Dead Boys Club, a short film about a young gay man living in New York, haunted by visions of the gay scene in the 70’s, and a generation lost to AIDS. The film shows off Christopher’s largely-untapped gifts as a filmmaker, and offers touching insight into the post-AIDS generation’s fear of sex, and the search for meaning that would follow.

Adam has more in common with a short on Sesame Street or Pee-Wee’s Playhouse than most of the other films in the Frameline catalogue. Running only a few minutes, and told through claymation, Adam tells the story of a genderqueer girl playing doctor with another young girl…who thinks Adam is a boy. Told with innocence and honesty, Adam has an irresistible charm. No doubt the short will appeal to many queer men and women who recall their own fumbling—and funny—first sexual experience.

The lesbians got in on the action with this hilarious two-parter, that explains social norms for lesbian dating. It also highlights a little-discussed topic within the LGBT community: for all the discussion of concepts of masculinity and femininity as they relate to gay men and dating, seldom does the same, widespread issue get discussed in terms of women.

Phone sex got a lot of press in the 1990s (thanks Bill & Monica), though this short takes the jokes to a whole new level in Deaf Relay. In this short, a phone sex operator has to flirt with an older, deaf caller who uses a deaf relay service. If phone sex never won high marks for eroticism, Deaf Relay offers a few good reasons why, along with some major hilarity. Viewers will, no doubt, thank God we live in the internet age…

Gay parenting might have hit a new level of popularity in the past few years, though the phenomena is nothing new. In My Shoes debuted in 2005 at the height of George W. Bush’s push for an anti-equality constitutional amendment, and told the stories of five kids raised by LGBT parents. Far from a marriage equality polemic, In My Shoes testifies to the awesome difference a loving family makes for a child, and that LGBT men and women can also become great parents. It also underlines the hypocrisies of the religious right: love, not gender, makes a family.

Leave it to the Germans to make an atmospheric lesbian noir. Beloved Murderer tells the story of two lesbian hit men (or is that hit women?) hired to kill one another. Unfortunately, as each plans their hit, the killers fall in love with their targets. Told in moody animation, Beloved Murderer rails against sexism while it affirms the thoughtful love between two women.

Who would have guessed that a small town in Texas could offer refuge for a happy gay couple? Horse Dreams in BBQ Country tells the story of Mario and David, a happy couple of horse ranchers. The two breed and raise horses, as well as travel to various different horse shows as an out couple. Far from a reality version of Brokeback Mountain, Horse Dreams in BBQ Country more resembles less a heartbreaking romance than a portrait of a cranky married couple: exasperating, ridiculous and oh-so endearing.

Director Hardy Haberman shines a light on the leather subculture in the aptly-named Leather. The film doesn’t so much explore the appeal of chaps, boots and leather vests then the semi-religious experience of bondage and discipline. For the film’s subjects, leather offers a way to build a relationship, experience a more intense sexuality or even exercise stress or past trauma. Leather may not recruit anyone new to the leather subculture, but the film does add to an understanding of one of the queer community’s most underground elements as a sort of ode to sexual curiosity.

In 1993, Rusty & Chelsea, a happy, trans, lesbian couple, opened Transy House, a home for wayward transgender men and women. Changing House profiles how the house became a queer Mecca, and a landmark headquarters for the trans rights movement. As Rusty & Chelsea decide to close down Transy House, the couple reminisces about life, love, and the changing attitudes toward the queer community. At a time when trans rights have come under fire, Changing House offers some important history—and hope—for moving forward.