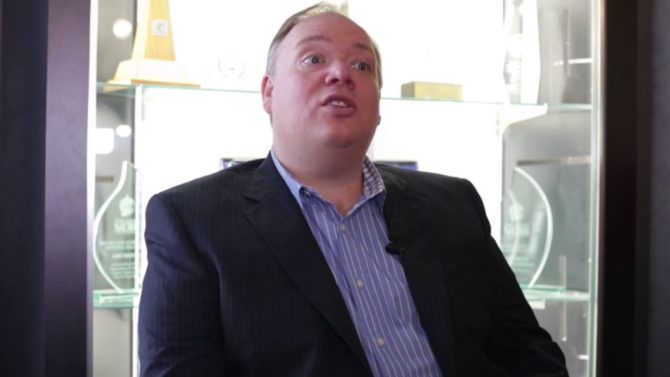 Another day, another story of a powerful man in the entertainment industry engaging in lewd and disgusting behavior.

Kirt Webster is considered one of Nashville’s “superpublicists,” representing such country legends as Dolly Parton, Charlie Daniels, and Kenny Rogers.

This week, one of Webster’s former clients, Austin C. Rick, claimed Webster sexually assaulted and drugged him repeatedly over the course of a year.

Rick, who performed under the name Austin Cody, says he suffered months of “terrible, terrible” abuse at the hands of Webster, who used his influence in the country music scene to coerce him into doing things he didn’t want to do.

“He sexually assaulted me repeatedly, he drugged and sexually violated me, he offered me publicity opportunities and magazine columns in exchange for sexual acts. He paid me to keep my mouth shut,” 30-year-old Rick alleges.

He also says Webster demanded he strip naked in front of him and allow him to perform oral sex on him, threatening to “make sure no one would ever hear my name” if he didn’t go along with it.

Rick says he felt trapped and it wasn’t until he woke up in Webster’s bed with no recollection of how he got there that he “knew it was time to escape.”

“I knew that whatever was left of my dignity, I had to get out of there. I felt like I might not survive,” he recalls, adding that Webster continued harassing him on social media up until this past June.

But the accusations don’t stop there. On Thursday, a former male intern at Webster’s publicity firm says he, too, was sexually harassed by the PR professional.

33-year-old Cody Andersen says he started working as an intern for Webster in 2010.

“Everything was fine for a while,” Anderson recalls. Until the then-intern revealed he was transgender. That’s when he says things started to become “uncomfortable.”

Andersen says Webster would frequently engage in graphic sex talk in the workplace, including bragging about owning a 24-karat gold sex toy and sharing the details of his sexual exploits. He also alleges that Webster once invited him to climb into a hot tub, naked.

“To get out of Kirt Webster’s grasp once he brings you in, it’s hard to get away from him,” he says. “He’s a predator.”

A third man who used to work for Webster and who wishes to remain anonymous says he was also a victim of the man’s lechery, saying he touched him inappropriately on “multiple occasions” and that he knew of “so many” stories similar to his.

“There’s no telling how many there are,” the man said. “There [is] sexual harassment running rampant through that place as long as I’ve known.”

Webster has denied the allegations against him. A spokesperson says he plans to take “some time away from the business to focus on combating the egregious and untrue allegations made against him.”