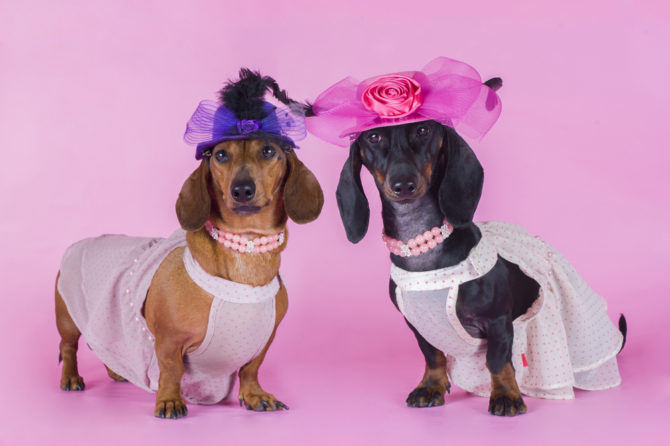 Getting ready for some trolling to the Nth degree.

According to its About page, Medusa Magazine is a “Feminist blog that is dedicated to promoting diversity and multicultural values.” According to its articles and advertising, it’s actually a hoax website that trolls feminists, transwomen, LGBTQ people, and liberals, in general.

Some of the titles of articles it has published include “Are canker sores sexist?”, “Feminists need to start supporting transracial people,” and “Women can’t be rapists.” The site also includes links to sexist articles on other websites that decry and objectify women.

Which leads us to the magazine’s latest LGBTQ-related article titled “Don’t gender your pets.”

“Pets cannot speak for themselves,” a writer by the name of “Christie” says. “They cannot tell you that they are being misgendered. It’s important not to make assumptions about what gender your animal is based off of its sex.”

What then follows are several nonsense paragraphs about the the gender-identities of cats and dogs, along with pictures of presumably male chihuahuas dressed in pink tutus.

“There are in fact gay animals and even animals capable of changing their sex,” “Christie” writes. “If you love and care for your pet it is important not to misgender them. Try to give them a gender-neutral name instead and calling them gender neutral pronouns like they and them.”

The whole thing reads like something written by a snarky middle schooler and is, frankly, too stupid to even get upset about.

But that didn’t stop another internet troll, Christian extremists and antigay activist Michael Brown from falling for the hoax and getting very upset about it.

Brown is the author of such books as Can You Be Gay and Christian? and a 691-page antigay manifesto titled A Queer Thing Happened to America: And What a Long, Strange Trip It’s Been, as well as countless op-eds damning LGBTQ people and culture.

“This is not a satire,” Brown writes in a new op-ed published by the blog Town Hall. “I am not spoofing you. What I’m telling you is the truth. A radical feminist website is warning all of you who are pet owners not to misgender your pets.”

After summarizing the hoax article, Brown writes: “I take it, then, that somewhere out there, there’s a Great Dane who is the equivalent of Bruce ‘Caitlyn’ Jenner, born a virile male but now identifying as female? Or maybe there’s a female to male chimpanzee somewhere in a jungle?”

All this, however, forces me to ask some pertinent questions. Does Christie really believe that if you call your male dog Butch when he thinks he’s really Buffy, he’ll be able to distinguish between the two names? Will he wonder, “Why did my owner give me a masculine name?”

Does she think a male canine will recognize Prince to be a male name and Prissy to be a female name? Does she believe that when you say to him, “Good boy!” he’ll be wondering to himself, “Why did my owner call me boy? I’m a girl!”? And what about if you dress him in a male-dog rain coat? Will he be saying to himself, “This is not who I am!”?

No, dude, “Christie” doesn’t really believe that. “Christie” probably doesn’t even exist. She’s probably some Fox News fanatic living in his parent’s basement with a Make America Great Again hat and way too much time on his hands.

“Some things deserve to be ridiculed, and this is one of them,” Brown writes. “This is yet another example of how our culture has lost its corporate mind.”

We’re pretty sure it’s not our culture that has lost its mind on this one.