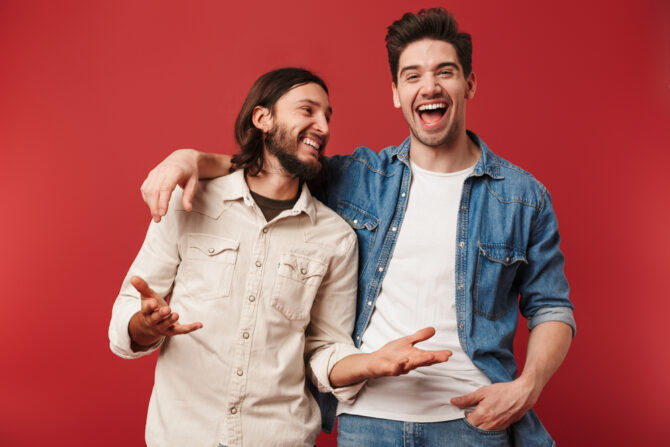 “Ask me if I’m gay without asking me if I’m gay,” a Reddit user asked fellow homos on July 7, riffing on the popular TikTok prompt.

And boy, did people cut to the quick with their coded questions.

The question about fathers below, for example, got an “angry upvote”—or begrudging appreciation—from one commenter. And the inquiry about underwear below had a different commenter saying, “Damn, that hit hard.”

Here are some of the questions from the thread:

Related: Gay men list the gay stereotypes they feel are most accurate

And now for some honorable mentions: “Whenever I encounter someone that I think may be gay, I ask them questions about some of the local gay bars without stating they are gay bars,” one person said. “Works great.”

Another commenter wrote, “I asked someone in my local Pokémon Go group, whom knew I was gay, ‘Hey! So are you a Fairy type, too?’”