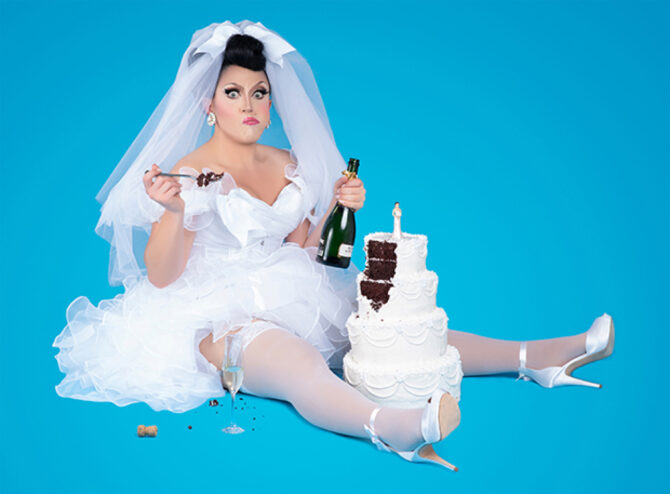 BenDeLaCreme (a/k/a “DeLa”) is all dolled up in white, frilly swatches of material and looking to tie the knot, but with whom?

That’s the impetus behind DeLa’s new show, Ready To Be Committed, which is described as “a limited engagement about the limitations of engagements.” Her tour of U.S. cities starts next month, then leads into the UK and Canada.

DeLa is the “terminally delightful” queen who was on season 6 of RuPaul’s Drag Race, then the third season of Drag Race All-Stars. DeLa notoriously pulled out of the latter, eliminating herself because she’d already proven her worth and knew the other girls wanted to win more than she did. Been there—not!

BenDeLaCreme/DeLa happens to be the creation of Seattle-based Benjamin Puttman, who has a longtime partner named Gus, though they’ve yet to do the vows thing themselves.

I got Ben on the horn to see if he’s still wedded to his various life choices.

Hi, Ben. Ready To Be Committed? So, will you be? I mean, to an institution?
Yeah. I mean, probably by the time the show’s over, the audience will be ready to sign any papers that need releasing. The show itself is definitely riding the line between exploring love relationships and DeLa’s insanity. I try to keep it nuanced.

Offstage, what are your feelings on commitment?
I have a partner of seven years and we share a life together. He’s part of my production company and we do everything in life and business together. As we got further in our relationship journey and found we were spending life together, it prompted me to write this show exploring those ideas. But DeLa, my onstage character, is notoriously asexual and has never expressed any interest in that. I consider her more like a Muppet or a cartoon in that she’s not gone into that part of her life. This is her first foray. At the top of the show, she decides she’s going to have a wedding. She wants the dress and the cake and is quickly reminded that there has to be someone standing beside her. 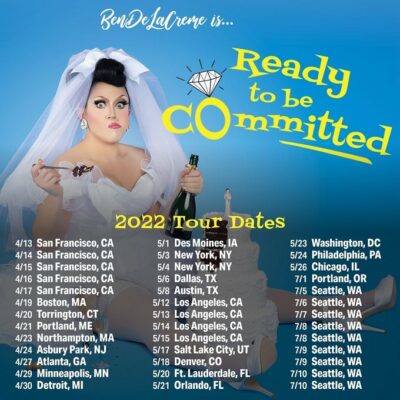 I think she just likes some occasional light frottage. Does working with your partner Gus enhance your relationship?

It has its trials and tribulations, for sure. Work and relationships can both be stressful, and we put them together, so there’s a lot to navigate, but it means we share the same passions. It means we can create really big things together. Since we’ve been working together, my ability to imagine things on a big scale has been bolstered. He’s the brains of the operation. I know how to dream things and he knows how to put them into action. It’s almost an accident when you find someone like that, and I’m grateful that accident happened to me.

I’m so jealous, I hope you both die. Kidding.
We both will, at some point.

I’d be remiss if I didn’t ask if you two have considered marriage.
Consider it considered.

Good answer! Is Ready To Be Committed a one-person show?
Yes, but within it grew puppetry and video and a variety of other tricks. I play 14 different characters. DeLa is the main protagonist, but along her journey for the meaning of love, she has a plastic bride on top of the wedding cake who turns out to be a Bridezilla, demanding the perfect wedding. She meets a bunch of gay men from a reality show called Thay Yeth To The Dreth. Their purpose is to help straight women with their special day. She also meets Cupid.

So, you’re satirizing various strands of society, including our very own queer community?
Yes. It’s a show I wanted to come out at every angle, so no matter who you are in the audience, there’s something that’s relevant to you.

Will the audiences at your Daniel Nardicio-promoted NYC events (Sony Hall on 5/3 and 5/4) get anything different?
The show itself is pretty strictly scripted, but I always have an incredible time with New York audiences. This show premiered at the Laurie Beechman in 2019. I always turn to New York to get something new on its feet because New York audiences are equal parts supportive of the arts and earth-shatteringly critical and honest, so you get both the support of developing the work and the reaction to how it’s working. I’m looking forward! 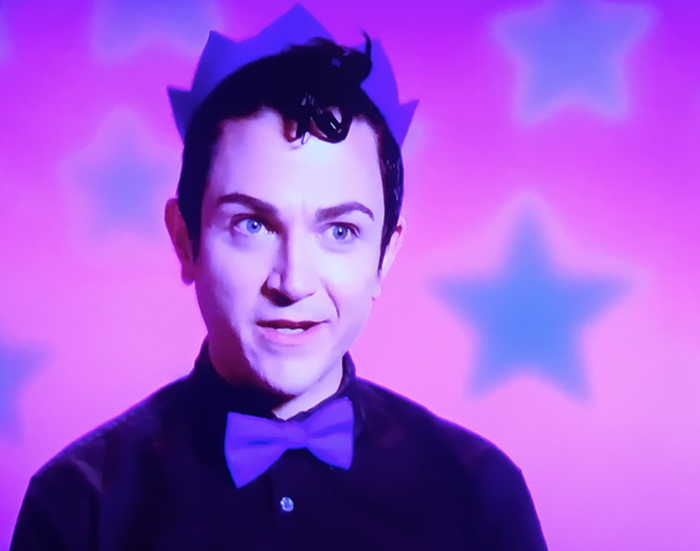 Has doing drag been therapeutic for you?
Absolutely–especially now, coming out of the quarantine we were in for so long. Being a live performer who thrives off that, being away from audiences was harder than I would have expected. Getting back to live audiences is bringing me back to life in a way and reminding me even more how much drag and live performance are essential to my own well-being and mental health. There’s nothing that matches that connection with an audience. It opens people up. God, if you’re not hungry for connection now, you’re made of stone.

And Zoom wasn’t really cutting it, I guess. What’s been the emotional low point of your life?
I lost my mom when I was 13. That was definitely the darkest time of my life. She was my cornerstone, the person who made me feel I was OK in the world as a very queer, bizarre kid. That was the beginning of me going inside and finding this creative life that blossomed into what I do now. As someone who lost a parent at a young age and watched his father mourning his mother, those things feed into us. One thing on my mind with regards to commitment is inherent loss. This show goes pretty far into the idea of how commitment with someone else can bring up the idea of mortality. DeLa’s haunted by the idea of the uncertainty involved if you commit to someone; how disastrously could this thing end? It’s something we all have to grapple with in different ways.

Speaking of grappling with loss: Are you the only Drag Race or All-Stars contestant to ever eliminate herself?
There are other queens that have left the competition, but I did it in the most grandiose way imaginable. I don’t think anyone else had the fanfare that I gave myself on the way out.

Do you ever look back and regret not going for the money?
No. There are so many sides to it. People forget that Drag Race is a very cool show and an exciting opportunity, but it’s not the end. Drag queens don’t go into retirement as soon as the season ends. They have a career to build. So, getting the crown is not the end game; Drag Race is a stepping stone to what you want to do next. With my leaving the show, my google alerts go up on the regular. That exit comes up frequently. And that means people are buying tickets, being engaged. You know, $100,000 is a finite number you can spend, but people caring enough to continue supporting you, that’s the real prize.

I’d still go for the money.
You can have it several times over. It’s an investment.

Well, your edginess has certainly reaped rewards. You’ve said that the act of getting in drag is innately political, and I agree with that. But would you also insert political remarks into your show, like “Everybody, please vote!”, or would that be a comedy killer?
I always do. My last solo show, Inferno A-Go-Go in 2016, was completely steeped in political commentary. I think all that stuff can be treated in a way that’s not heavy-handed or preachy. If you do satire, it’s a more effective way to reach people. If you can make them laugh and open them up to these ideas, it’s not a far step. It’s sort of a duty, as queer performers are given a bigger stage and a wider audience. We’re watching the country fall apart with attacks on queer rights, but at the same time, there’s the larger feeling that the queer community is doing OK, we mostly did it–that everyone can watch a million gay people on TV and relax. But nope, it’s not over. Queer performers have a responsibility.

On a fizzier note: You’ve been inspired by late dancer/movie star Ann Miller, and I love the meme going around that asks people to choose from her various fabulous hairstyles. Which Ann Miller hairdo uplifts you the most?
I have not seen this meme. I think those later days, swooping, architectural hairdos are the ones that steal the show, but the Ann Miller that lives in my heart rent-free, despite her hair not being grandiose, is when she did “Too Darn Hot” in Kiss Me Kate. I watched that on repeat as a kid.

She played Bianca! But not Del Rio! Thanks, Ben, and hope your tour gets a committed audience.