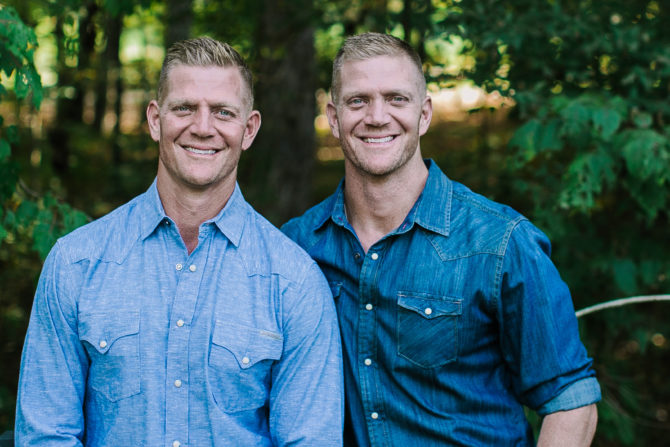 In the article, David and Jason say that, sure, Kavanaugh may have sexually assaulted one or two (or three or more) women in the past, but that doesn’t mean he shouldn’t be allowed on the Supreme Court today. Because everyone sins! And sins are totally forgivable!

Anytime sin is exposed (in Kavanaugh’s case it’s only an accusation), we are called by God to seek restoration–to provide a redemptive way forward by helping break sinful patterns in someone’s life, not to destroy them and leave them left bloody in a ditch.

Unless, of course, the sin is homosexuality. Then the sinner should be punished by death. But attempted rape? Just forgive and forget! Love thy neighbor, y’all!

The brothers go on to say that the way the “radical left” has behaved throughout the Kavanaugh hearings has been “utterly detestable” and “reeks only of destruction.”

As usual, it doesn’t take long before the guys start ripping into gay people for the whole thing.

“We also see an agenda from the radical left to remove God’s word and His standards from nearly every vestige of society,” they write.

The bible, the brothers says, teaches us that “that bad company corrupts good morals”, among other things. But those lessons are being ignored by “radical progressives” because “they are supposedly the ‘bigoted’ standards of an ‘oppressive’ religion.”

“Yet when the left’s political purposes can be served by them they’ll demand these very standards be upheld by those they are targeting!”

The left-wing machine sees Kavanaugh as a hurdle toward their “progress” of totalitarian secularism–so they seek to destroy him (not restore him) as a husband, as a father and as a man. His speech was a stinging rebuke to that machine.

The twinsies conclude their op-ed by saying: “In our opinion, BK’s defense before the Senate Judiciary Committee will go down as one of the best speeches in defense of liberty and justice for all in American history.”