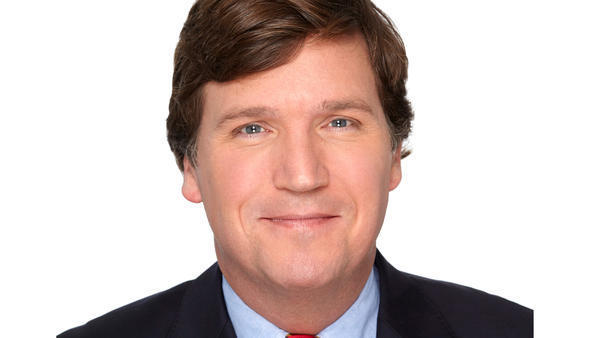 Tucker Carlson once bragged on national television about the time he and a buddy beat up a gay man in a bathroom. Yikes.

In 2007, back when George W. Bush was still president, DADT was still firmly in place, and marriage equality was years away from becoming the law of the land, Carlson went on MSNBC Live to brag about the time he assaulted the man.

Then he added, “I’ve been bothered in men’s rooms.”

Carlson went on to explain that the incident happened back when he was in high school and living in Washington, D.C.’s Georgetown Park neighborhood.

“People should knock that off,” Carlson ranted. “I’m not anti-gay in the slightest, but that’s really common, and the gay rights groups ought to disavow that kind of crap because, you know, that actually does bother people who didn’t ask for being bothered.”

When another guest on the show asked Carlson how he responded, he replied, “I went back with someone I knew and grabbed the guy by the–you know–and grabbed him and hit him against the stall with his head, actually. And then the cops came and arrested him.”

Did you catch that? Carlson left the premises to find a friend. Then the two of them returned to the scene to beat the guy up. And then they called the police.

He concluded by saying, “But let me say that I’m the least anti-gay right-winger you’ll ever meet.”

After the segment aired, Carlson issued a statement to Media Matters clarifying what happened, in which he tried toning down the gash bashing part by saying he and his friend merely “seized” the man who had come onto him:

Let me be clear about an incident I referred to on MSNBC last night: In the mid-1980s, while I was a high school student, a man physically grabbed me in a men’s room in Washington, DC. I yelled, pulled away from him and ran out of the room. Twenty-five minutes later, a friend of mine and I returned to the men’s room. The man was still there, presumably waiting to do to someone else what he had done to me. My friend and I seized the man and held him until a security guard arrived.

Several bloggers have characterized this is a sort of gay bashing. That’s absurd, and an insult to anybody who has fought back against an unsolicited sexual attack. I wasn’t angry with the man because he was gay. I was angry because he assaulted me.

Get ready, folks. This is the guy who will now be poisoning the thoughts of all your crazy uncles, reclusive grandfathers, and unsupportive in-laws every night on television.