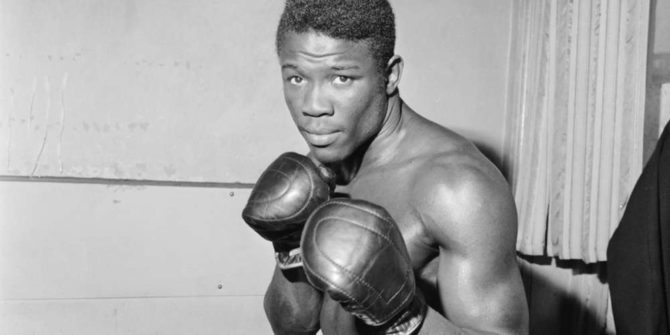 Director Lenny Abrahamson and producer Ed Guiney, the team behind the Oscar-winning film Room, are once again joining forces, this time for a biopic about Emile Griffith, the bisexual boxer who killed his homophobic competitor during a 1962 match.

Rumors of the biopic have been swirling since 2015, but now it looks like it’s actually happening.

Just to give you a little backstory: On March 24, 1962, American boxer Griffith, who was defending his world title, was paired against Cuban fighter Benny “The Kid” Paret at Madison Square Garden. During the weigh-in for the fight, Paret allegedly mocked Griffith, who was rumored to be bisexual, by grabbing his butt and calling him a “maricón” (the Spanish word for “faggot”).

The fight was a doozy. During the 12th round, Griffith cornered Paret then proceeded to jab and uppercut him into unconsciousness. The referee eventually separated them. Paret had to be taken away in a stretcher. He died in a hospital 10 days later.

Today, it is believed that Paret actually died from injuries sustained from an earlier fight. Still, the match changed Griffith’s life, making him notorious in the fighting world.

As a character study, Griffith is incredibly compelling. There was a gentleness and innocence about him, and he never seemed conflicted about his sexuality; indeed he found joy in it. He inhabited two worlds – the underground gay scene in New York in the ‘60s and the macho world of boxing. The societal stigma at that time was dreadful and created a crushing pressure on him.

Griffith died in 2013 of dementia pugilistica, a neurodegenerative disease found in those who have suffered traumatic brain injuries or blows to the head. He was 75 years old.