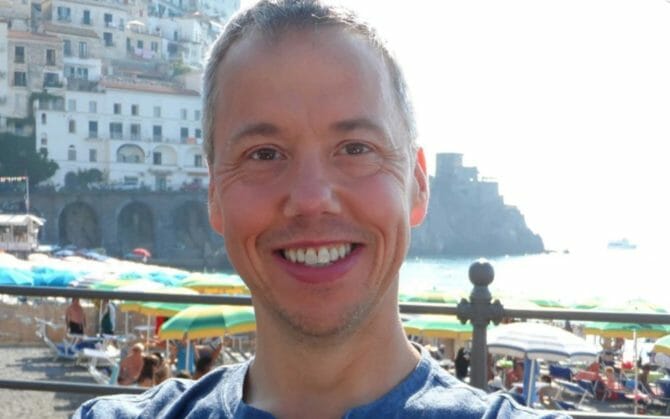 Jeff Loeffelholz had been a standby in the cast of Broadway’s Chicago for 22 years when he sadly took his own life late last month. Now the show’s director and musical director, Walter Bobbie and Leslie Stifelman, are being scrutinized for allegedly trying to harass him into quitting the show after more than two decades, rather than buying out the remainder of his contract.

According to notes written by Loeffelholz, there was one final uncomfortable rehearsal with Bobbie and Stifelman that may have crossed the line.

Loeffelholz worked as a standby for the part of Mary Sunshine, always ready to rush to the theater to fill in for any reason, sometimes in the middle of the show.

Friends of his have started a “Justice for Jeffrey” campaign that uses Loeffelholz’s notes to shine a light on what may have gone wrong.

They write: “For over 8,900 performances he was ready to go on at a moment’s notice, rush to the theater, and perform the role, sometimes midshow. Jeff was so dedicated to the show, that during the run he and his longtime partner, Peter De La Cruz, moved to be closer to the Ambassador. Jeff’s knowledge was integral to Chicago to the point that recently he was phoned and asked about the location of a prop for another actor’s rehearsal.”

Loeffelholz believed that the final rehearsal he attended was a thinly veiled attempt on the directors’ parts to push him out of the production, saving money.

A detailed recounting of events can be found via the Justice for Jeffrey blog:

According to Loeffelholz’s own handwritten notes after the rehearsal, he went upstairs where he greeted the dance captain with a hug and the usual pleasantries and when asked how he was, he replied he was great but he was “ready to rehearse.”

At that point [the stage manager] said he received a text from Bobbie saying he hadn’t slept all night and was running late. By now it was 1:15 and much of the cast had started to arrive. Bobbie finally arrived at 1:20 and after small talk with Stifelman and Hyslop he said to Loeffelholz, “I want to hear you sing,” adding that Loeffelholz was “never on” and he wanted to know why. Loeffelholz hadn’t performed the role since the last week of February.

Loeffelholz sang Mary Sunshine’s signature song, “A Little Bit of Good.” Silence from Bobbie until he said, “Again.” Loeffelholz sang it again. Bobbie then told Loeffelholz he should quit “overperforming it and being draggy” (i.e., like a drag queen), because “it is not a drag role. You need to be believable,” according to Loeffelholz’s notes.

Loeffelholz sang it again at which time Bobbie told him he couldn’t hear his lower register and he asked Loeffelholz for “more volume! I don’t believe what you’re telling me!”

Bobbie then said he was very disappointed and upset and stormed into the theater’s lobby at which point Stifelman took over the rehearsal instructing Loeffelholz to start in the middle of the song, adding “You always do it wrong.”

Loeffelholz sang it again. Bobbie entered the theater again and Stifelman repeated to him that Loeffelholz always does this part of the song incorrectly and could they do it again, according to Loeffelholz’s notes.

Loeffelholz sang it again after which Stifelman told him he was singing the wrong notes and that it was impossible for her to follow him when he performs the role.

Loeffelholz sang “A Little Bit of Good” for the sixth time. Stifelman alleged that Loeffelholz was “oversinging it and talking too much,” according to Loeffelholz’s own handwritten notes. Stifelman had Loeffelholz sing the middle part and told him he was singing the wrong lyrics. Loeffelholz’s notes simply state, “I was not.”

Stifelman then asked Bobbie if he wanted Loeffelholz to sing it again. Bobbie said no, adding, “We’ve wasted enough time.” Bobbie then said to bring in the rest of the cast and Loeffelholz approached him. “I walked up to Walter and he just stared at me,” his notes read. “I stared back and wanted him to say something.”

“I appreciate your loyalty,” Bobbie finally said to Loeffelholz, according to his notes. “But I am an actor too, and you have to respect the production.”

The New York Post reports the show’s producers have hired lawyers to navigate the allegations, and have already held an emergency cast meeting to discuss it.