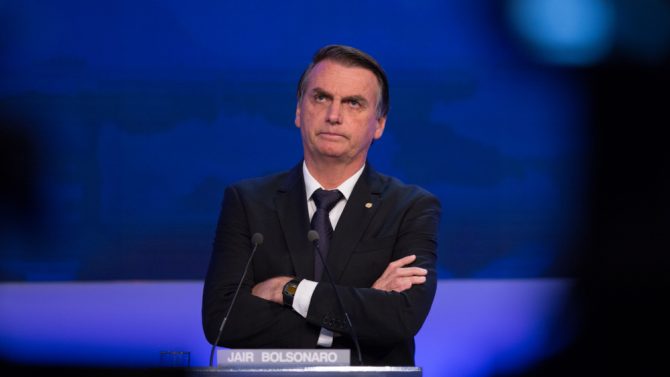 Not content to let a week go by without picking on the LGBTQ community, Brazil’s Trumpian President Jair Bolsonaro has slammed the nation’s gay tourism business.

During a meeting with reporters this week, Bolsonaro said of the nation’s thriving travel economy: “If you want to come here and have sex with a woman, go for your life. But we can’t let this place become known as a gay tourism paradise. Brazil can’t be a country of the gay world, of gay tourism. We have families.”

Needless to say, queer activists lashed out at the President for yet another homophobic remark. LGBTQ activist and University professor of law Renan Quinalha slammed Bolsonaro via Twitter. “Bolsonaro’s statement on gay family and tourism is disastrous for human rights and the international image of Brazil,” Qunalha said. “It authorizes the already alarming violence against LGBTs, by not recognizing other forms of families that are now guaranteed by [Brazilian Supreme Court] decisions.”

The comments by Bolsonaro mark the latest in a series of attacks on queer people by the Brazilian President. In March, he tweeted out a video of one man urinating on another in response to his anti-LGBTQ attitudes. His administration has also introduced bills to eliminate marriage equality in Brazil, and has called for the removal of all queer-themed curriculum in the nation’s schools. At a White House visit this year, Bolsonaro also said he and Donald Trump had united “in their efforts to ensure liberties and respect the traditional family lifestyles and respect to God, our creator, against the gender ideology and the politically correct attitudes and against fake news.”