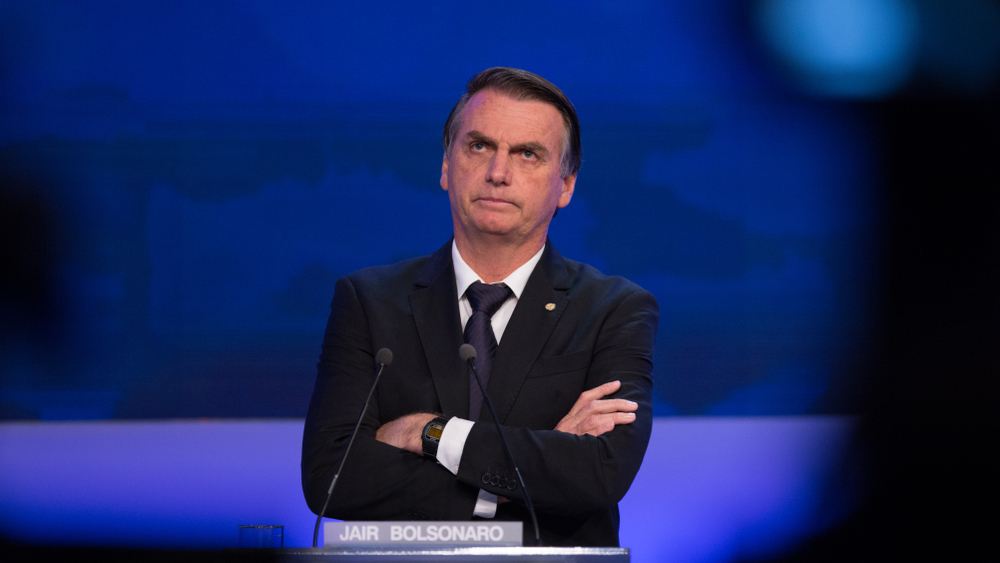 Brazil’s anti-LGBTQ president Jair Bolsonaro, a man whose long history of homophobia includes tweeting out an NSFW video of gay watersports, had an event honoring him kicked out of Manhattan’s Museum of Natural History after numerous people pointed out his plans to actively destroy Brazil’s rainforests.

So now the Brazilian-American Chamber of Commerce’s annual Person of the Year Awards Gala Dinner is looking for a new home, but it seems that no one wants to host it.

Cipriani Hall, an Italian neo-renaissance style historical venue in Wall Street, just turned down the event as well. We’re sure the  Chamber of Commerce will eventually find someone who wants to take their money — perhaps Trump Tower? But the rejection speaks volumes about the Brazilian’s president’s toxicity.

Jair Bolsonaro is a dangerous man. His overt racism, homophobia and destructive decisions will have a devastating impact on the future of our planet. On behalf of our city, thank you to @AMNH for canceling this event. https://t.co/06NAZovyoe

And it’s not just New York that has soured on Bolsonaro. His own country doesn’t seem big on him either.

According to the Brazilian Institute of Public Opinion and Statistics, Bolsonaro’s approval rating has steadily declined ever since he took office, from 49% in January to 34% in late March — “the lowest ever recorded for a Brazilian president at the 100-day mark,” reports The Conversation.

Bolsonaro sailed to victory as an outsider candidate who promised to clean up the federal government’s corruption. (Sound familiar?). But Brazil’s economy is fragile, he is pushing a massively unpopular plan to reform Brazil’s generous pension system and his combative style hasn’t helped him work with an already fractured Congress.

It should come as no surprise that his most ardent supporters are the country’s evangelical Christians who support his battle against so-called “gender ideology,” the Central and South American word for LGBTQ rights.

The Washington Post has forecasted that the “Trump of the Tropics” could end up proving a “largely ineffective, extremely polarizing and with an outside chance at reelection in 2022,” or even find himself impeached by Brazil’s Congress if he doesn’t start being more effective. He’d be Brazil’s third impeached president since 1989.