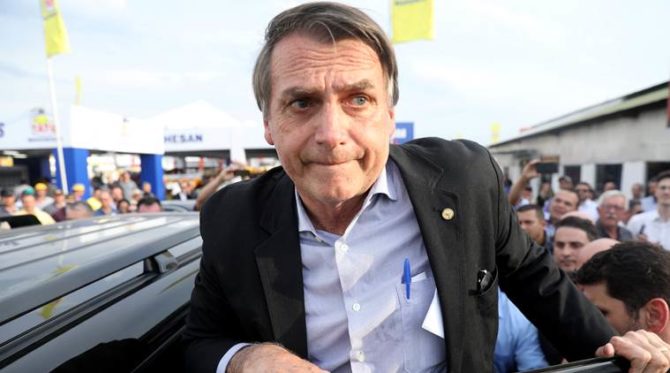 Brazillian president and anti-LGBTQ wonk Jair M. Bolsonaro has taken his latest disgust with the queer community to Twitter in a move that can only be described as “Trumpian.”

“I don’t feel comfortable showing it,” Bolsonaro tweeted, “but we have to expose the truth to the population knowing and always taking their priorities.”

He continued: “This is what has turned many street blocks in the Brazilian carnival. Comment and remove your conclusions.”

We’ve embedded the tweet below, but have chosen not to include the video.

He followed that up with a second tweet asking followers: “What is a golden shower?”

Though he has denied allegations of homophobia, Bolsonaro has a long history of attacking gay people.

In 2002, he said in an interview “if I see two men kissing in the street, I will beat them”, and in a 2011 Playboy interview he said he would be “incapable of loving a gay son.”

Then in 2013, he told gay journalist Stephen Fry “no father is ever proud of having a gay son.” And in 2017, a Brazilian court ordered him to pay a $150,000 fine for hate speech remarks after he claimed in a televised interview that his family would never produce a queer child since every member of his family had “a good education.”