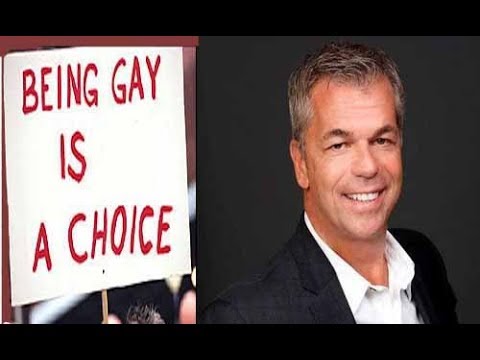 We’re not shedding a tear for Richard Decarie, a Canadian politician who was barred from the Conservative Party of Canada’s 2020 leadership race after — and perhaps because — he said that being LGBTQ+ is a “choice.”

According to The Canadian Press, Décarie had submitted the required application, fee, and nomination signatures for the leadership race, and the party had interviewed him for the position.

On Twitter, Décarie told followers that the Leadership Election Organizing Committee provided him with “no reasons” for their rejection. “It seems my candidacy was viewed as a threat to the establishment of the CPC and to the kind of leader THEY want to select,” he added in his February 29 tweet.

He added: “True Blue Conservatives, including those with traditional values, are a major force within our Party.”

Cory Hann, a spokesman for the party, said that he couldn’t offer specific reasons for the Décarie decision, citing the confidentiality of the process.

Décarie aired his views on LGBTQ+ individuals in an interview on CTV’s Power Play in January after saying that the “real people” he meets agree that same-sex marriage shouldn’t be allowed.

At that point, his interviewer asserted LGBTQ+ people are “real people, too” and Décarie replied, “I think LGBTQ is a liberal term. I don’t talk about people that way.”

“I think it’s a choice, and how people are behaving is one thing. I think government has a responsibility to encourage the traditional value that we have had for the past years. That’s the kind of [socially conservative] issues that I would bring as a leader.”

Emphasizing his "so-con" values, Décarie says "LGBTQ" is a "Liberal" term and that being gay is a "choice." #cdnpoli #ctvpp

Other Conservative politicians, including two of his competitors for the Conservative leadership role, criticized Décarie for the comments.

Ontario MP Marilyn Gladu said that Décarie’s comments were “unacceptable” and that she “will stand up for the rights and freedoms of every Canadian”.

And former Minister of Justice and Attorney General Peter MacKay tweeted, “Being gay is not a choice and nobody should be running for office on a platform to roll back hard-won rights.”

Décarie has a history of anti-LGBTQ remarks, PinkNews points out: He tweeted in 2017 that LGBT-inclusive education “degenerates young minds” and that transgender children “do not exist.”