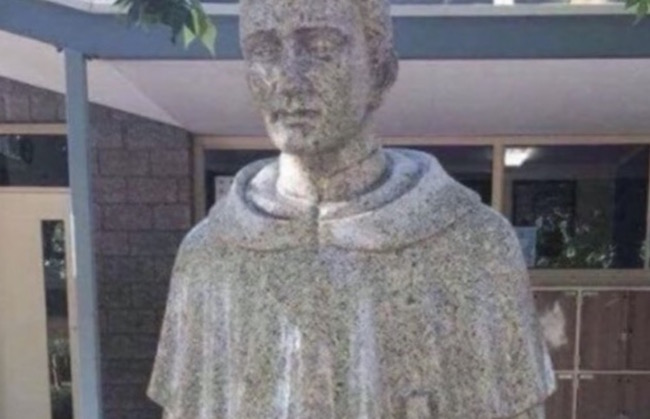 Chipping away at a statue is a time-consuming and meticulous process; much thought and planning must go into the work before you so much as think of committing awl to stone.

Which is why it’s odd that a Catholic school tucked away in the Australian city of Adelaide had to wait for a photo of its new statue to go viral before realizing the “piece” needed to be covered up, if not altogether buried in peat.

The statue, grandly unveiled last week, quickly a stir among students, who instantly began snapping photos of its decidedly phallic loaf of bread.

The statue features St. Dominic holding aloft this “loaf of bread,” which he’s surreptitiously pulling out from his cloak and gingerly offering to the beseeching boy who kneels before him. 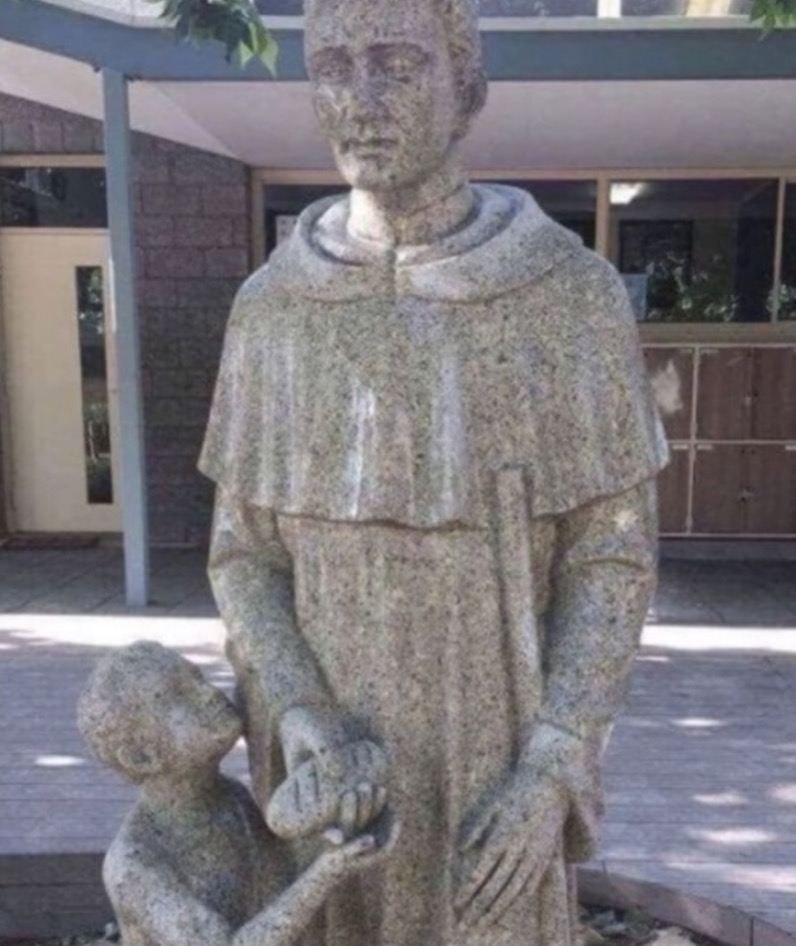 Okay, maybe it doesn’t take a particularly discerning eye to see the problem.

As tends to be The Catholic Church’s modus operandi, the school quickly took measures to cover up the scandalous tableaux with a black cloak.

Now, the statue’s been completely cordoned off from polite society, which could be exactly what the nefarious St. Dominic wants: privacy.

“Covering it up… A+ for historical accuracy,” writes @ben_hagerty on the Shit Adelaide Instagram page.

“Like who the hell designed, approved and erected it and no one thought about it?” writes another Instagrammer.

Are the TV news stations going to pixelate the Blackfriars Priory school statue?

The school’s principle, Simon Cobiac, issued a statement on the school’s Facebook page on Wednesday, saying there’s a major difference between the two-dimensional plan and the real thing:

*School Principal looks up from photo to see statue being unveiled*

*looks back at photo*

*looks back at statue*

“As a consequence, the statue was immediately covered and a local sculptor has been commissioned to re-design it.

The School apologizes for any concerns and publicity generated by this matter and is taking action to substantially alter the statue.”

Perhaps sculptors are currently chipping away at the loaf of bread so it resembles a more palatable banana or carrot.