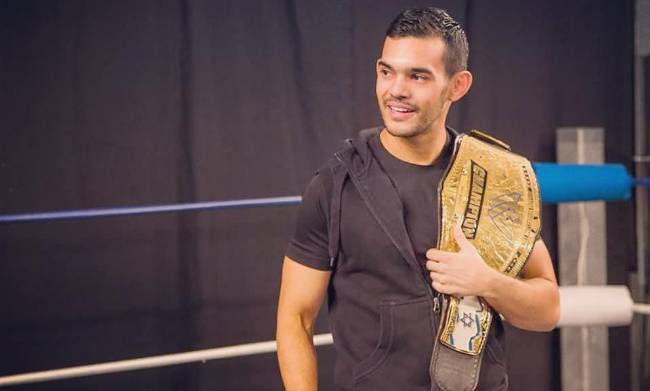 Bio: Rotenberg grew up in Israel, developing an interest in wrestling at age four. By his teens, he had decided to pursue a career in the sport. Following a stint in the Israeli Armed Forces, he entered the Israeli Professional Wrestling league in 2011 and began training. Much like American wrestling league, WWF, Israeli wrestling follows a scripted storyline, portraying its competitors as heroes or villains. In his first matches in 2015, Rotenberg emerged as a “hero” and quickly gained a fan following. By 2017, he’d become the #1 player in the league. With his popularity at a new high, he also decided he needed to open up about his personal life.

Coming Out: Friends and colleagues within the Israeli wrestling world already knew about Rotenberg’s life as a gay man. With his championship title under his belt, he informed the league that he planned to come out. With the league’s blessing, and with some counseling from his Rabbi, Rotenberg granted an interview to Channel 13 in Israel, in which he revealed that he had a long-term boyfriend, Ronen. The couple lives together in Tel Aviv with Ronen’s two children. The two plan to marry and have more children. The admission made Rotenberg the first ever Israeli pro athlete to come out as gay.

This week the #lgbtqi community in Israel suffered a major blow from its parliament, which has upheld its ban on surrogacy for single men and same-sex couples. This Sunday we're organizing the first ever lgbtqi strike here in Israel. We are fighting for the right to love, the right to marry and the right to become a parent. #gay #lgbtq #lgbtpride #strike #protest #marrigeequality #pride #love #parenthood #israel #tlv

Making a Difference: “If the people who were here before us were not fighting then we would not be where we are today,” Rotenberg said in his coming out interview. ” I do not want to be the one whose period of struggle has stopped because we seem to have achieved enough.” Realizing that he could use his celebrity and status as a champion athlete to shatter stereotypes, and to serve as a role model, he decided he needed to go public. “I would like to be a role model for young people who are at the point where I was a few years ago,” he said. “I want to tell them, ‘do not be afraid to be who you are.’ I proved that a representative from the community could be a champion and a leading figure without being ashamed and without apologizing.”

I feel that coming out is a force for positive change and for the representation of the LGBTQ community. We shouldn’t hide who we are, we should be proud of it and we should live the life that makes us happy. The reason for not coming out is usually fear from the reaction of the environment and I feel that every person that comes out makes it more “normative” for the environment and therefore helps reduce the fear for other people to come out.

As for me, I feel that there is not a lot of LGBTQ representation in professional sports and it is really missing. That’s why I chose to come out when I reached the top of my sport here in Israel. I really felt that I had the responsibility to come out as gay and show that being gay doesn’t put any barriers in front of you, even in a full-contact sport like wrestling.