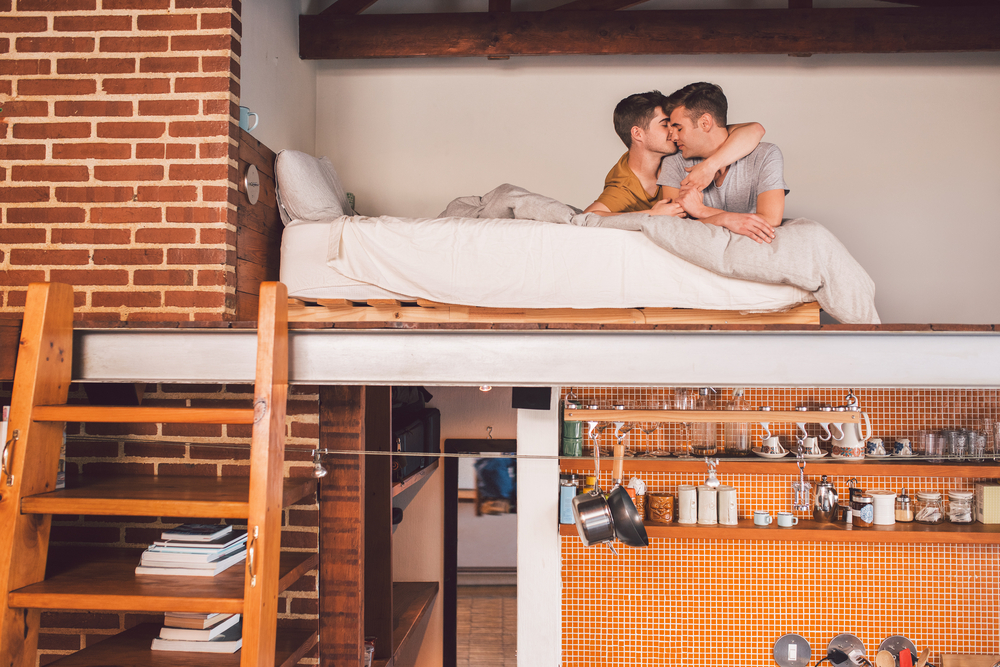 Oh, to be young, confused and in love.

While we wouldn’t want to relive those days under any circumstance, there is certainly something universally romantic about fluttering heartbeats, bated breath and intense longing.

And in the case of one Redditor and his best-friend-maybe-boyfriend, it’s all pretty sickeningly cute.

“ProbablyGay1” detailed his relationship with his pal Ian, presenting evidence that their bond might be stronger than either one is letting on:

This is kind of a weird one.

Ian and I were in the same English class in high school. I assumed he was out of my friend league because he was really handsome-not ripped, just genetically blessed in the facial department-and seemed really smart and cool, so nerdy me assumed that he was super popular.

Ian and I ended up seeing each other a lot. Eventually I decided that it was time to stop being afraid of Ian and try to be friends with him.

About a year after I really started hanging out with Ian, there was a revelatory moment where I realized that I was Ian’s best friend. The whole time I’d known him I’d just assumed that he had a ton of great friends that he didn’t talk about.

I had been so wrong about Ian. Yeah he was quiet, but that was only because he was kind of introverted, and he doesn’t like talking about himself. Also, “too cool” my ass-Ian’s a fucking nerd, just like me. He seen every episode of Pokemon and Digimon AND Yu-Gi-Oh. We would hang out at each other’s houses doing homework and watching cartoons after school a lot.

Flash forward to today. Ian and I attend different colleges, but we talk everyday. Puberty has been kind to me. I’m not on Ian’s level of attractiveness, but I’m pretty confident these days. Lately I’ve been wondering if Ian and I are more than just good friends at this point. Some reasons;

I think about Ian a lot. He’s attractive and smart and funny and overall, probably my favorite person ever. It’s embarrassing how much I like Ian. He can make my whole day by texting me.

As you can see, there are a lot of things that can be explained as things that regular straight best friends do, and other things that . . . can’t. (What, straight bros don’t snuggle?)

I’m graduating college this year (he’s staying to get a higher degree) and I realized it’s the first time I can decide where to live, and I also realized that where I want to live is with him. But I feel like if we’re going to live together, I should finally figure out whether we’re boyfriends. Ian’s pretty reserved, so it looks like I’m going to have to be the brave one here.

tl;dr: My best friend and I have some not-so-platonic behavior. How do I ask him whether we’re boyfriends, or if he wants to be?

Hi there OP, your story reminds me of the time when i hang out with my current girlfriend. (Fyi, I’m a girl too and she’s my first.) We started out exactly like how you guys did and one day we were having a sleepover and I kissed her cheeks. Then she kissed me back and then everything was a blur and then boom she dropped the question and we got together.

I would suggest finding a private time to drop the question to him if not, tell him how you feel about him. Great feelings, heart fluttering moments, tell him all that. From what you posted it definitely sounds like he feel the same.

And one had some very specific recommendations:

Time for a weekend visit.
Hold the hugs a little longer. When you guys are just around and alone hold his hand. Play in his hair if he put his head on your shoulder. Snuggle a bit deeper and longer. Hum contentedly when he puts his arms around you.

If you cuddle in bed and all of the above weren’t rejected your face needs to find it’s way to that wonderful spot between neck and shoulder…be a brave soul and drop a kiss there and then wait. There’s nothing about that move that can be confused. Either things will amp up and you can have a discussion or he will ignore it and then you do the same.

Or you can find your warrior spirit and just take the plunge. Tell him how you feel. Reassure him he’ll always be your best friend no matter what. See what happens.

You guys are too cute and I want to punch you I’m so jealous. Good luck you adorable little bastard.

Related: College Swimmer Celebrates Coming Out By Partying With Teammates At Chipotle