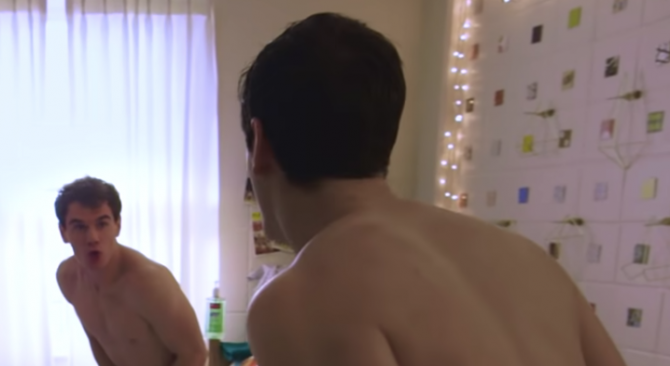 With theater doors bolted shut for the next…foreseeable future, we’re thrilled to see some Broadway talent pop up in the pilot episode of Boy•Friends, a new comedy based off the My Gay Boyfriend web-series.

The show centers around two college roommates, one gay and one straight, and their “journey through college and into adulthood to become the homo-hetero power couple of the ages.” But not before one learns about the other’s soft spot for tentacles. You know, normal college stuff.

In the Boy•Friends universe, the jocks are the underdogs and the a cappella troupe are the popular kids, so you could almost place it in both the comedy and fantasy genres. We love a crossover.