It’s unclear where the event took place, but Underwood and his boyfriend, political strategist Jordan C. Brown, 39, are known to have recently bought their first home together in the San Fernando Valley district.

Related: Colton Underwood and boyfriend buy house together a month after going public

Some of Underwood’s family from Denver flew in for the event.

Underwood posted photos of the outdoor gathering to his Instagram, including himself and Brown holding a big birthday cake. He captioned them, “A celebration to close out my 20’s. thank you to my friends and family for an unforgettable night. I love you all. I have a good feeling about my 30’s ♥️”

On his Instagram stories, Underwood posted more pics and videos, including a snap of him kissing Brown. It was captioned, “Thank you for planning such an unforgettable night ❤️” 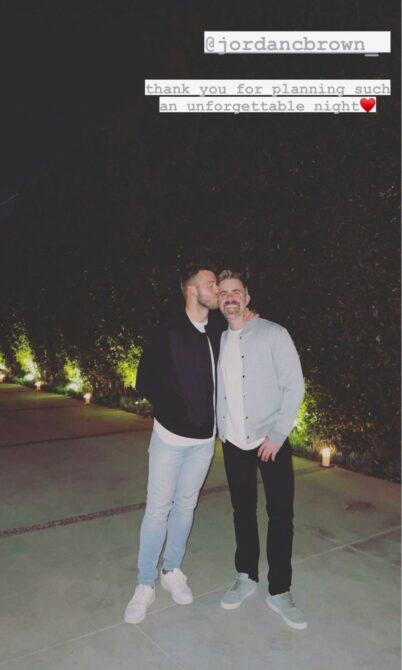 In another video clip, Underwood shows a present wrapped in paper that features a cartoon image of his face. His mom tells him that Brown came up with the cute, personalized wrapping. 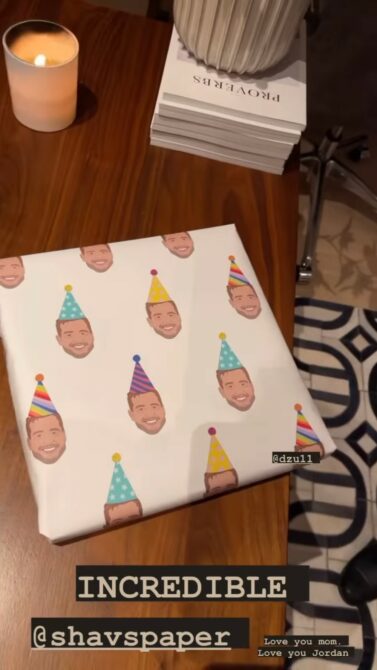 Former Bachelor star Underwood revealed he’s gay in an interview in April with Good Morning America. It was later revealed he was working on a documentary series for Netflix about his coming-out journey. That six-part show, Coming Out Colton, premiered on the streamer last month.

Underwood explained to People why he’d kept quiet about Brown while making and promoting his documentary series for Netflix, Coming Out Colton.

Related: Colton Underwood confirms he’s got a boyfriend and is “in love”

It’s not known what Underwood plans to do next with his career, but it looks like he’s the latest celebrity to jump on the NFT bandwagon. Underwood recently unveiled several cartoon animals on his social media called Pocket Friends, described as: “A curated collection of colorful, hand-drawn characters living on the ethereum blockchain. Their mission is to help and promote a positive message for children and their parents through the art of storytelling.”