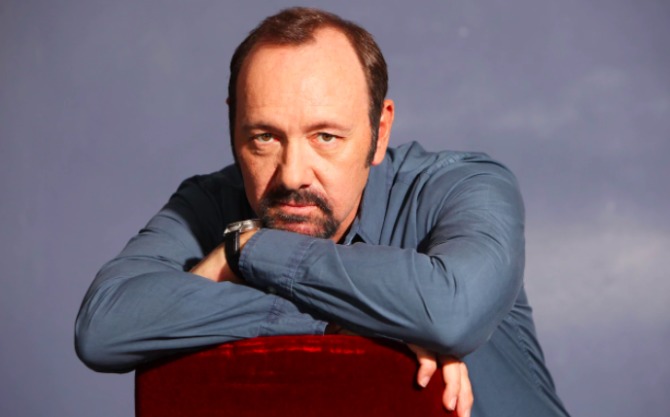 We knew it was only a matter of time before conservative wingnuts began using the news of Kevin Spacey’s coming out to fuel the age-old “all gay men are pedophiles” myth.

In a new blog post for World Net Daily titled “Will Spacey scandal expose ‘gay’ male obsession with young teens?”, Scott Lively says the Spacey scandal is just the tip of the iceberg of a larger gay pederasty scandal that has been going on since the beginning of time.

Lively writes that gay men have historically been attracted to younger men and boys, all the way back to the days of ancient Sparta:

Male homosexuality identity (from the days when the ancient Spartan military routinely drafted pre-teen boys and paired them with adult homosexual men) has always been oriented toward youth, and it is this man/boy sexual culture that not only spawned the modern “gay” movement but remains the largely hidden – in fact, politically protected and shielded – core of “gay” male society today.

And now, thanks to Spacey, “the American public has … been allowed a glimpse of the pederast underworld.”

Related: Kevin Spacey’s brother: ‘Our father was a child molester and a Nazi’

Lively then goes on to offer a laundry list of totally random and unrelated gay men who he believes have links to pederasty, including activists Karl Heinrich Ulrichs and Harry Hay, NAMBLA founder David Thorstad, HRC founder Terry Bean, Seattle mayor Sam Adams, even Hitler’s second-in-command Ernst Roehm, among others.

Lively also claims the Stonewall riots had nothing to do with LGBTQ rights but were instead sparked by the arrest of “a 14-year-old boy transvestite prostitute” whose clientele were older gay men:

The Stonewall Riots that are commemorated each year as “Gay Pride Day” were triggered by “gay” male patrons of the Stonewall Bar in New York City, angered at police efforts to arrest a 14-year-old boy transvestite prostitute.

Related: These Kevin Spacey coming out memes give new meaning to the word brutal

Lively finishes his op-ed by saying he believes Hollywood liberals will do their best to sweep the Spacey scandal under the rug.

“There is no higher priority on the political left than protecting the ‘gay’ movement from the link to pederasty,” he writes.

If Kevin Spacey can escape any real consequences for his assault of Anthony Rapp by turning his apology into a “coming-out” celebration (the most “sacred” of LGBT ceremonies), then there may never be a day of public reckoning for the many chickenhawks of Hollywood–whose scope of control and abuse would make Harvey Weinstein and James Toback seem like altar boys by comparison.