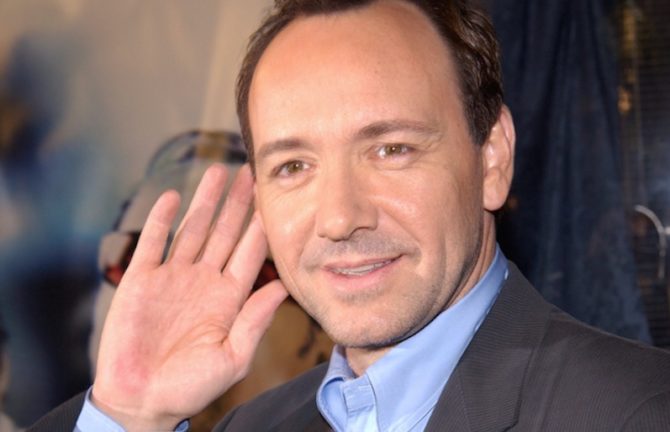 Montana told Radar Online that he was in his thirties at the time of the alleged incident, which took place at the Coronet Bar.

He added that he removed Spacey’s hand and walked away, but that Spacey later followed him into the men’s restroom.

More inappropriate behavior allegedly took place in the UK between 2004 and 2015, during the period Spacey was artistic director of the Old Vic theater in London.

“It seems the only requirement was to be a male under the age of 30 for Mr. Spacey to feel free to touch us,” he wrote in a Facebook post.

“There are a lot of us who have a ‘Kevin Spacey story’,” he added.

In a statement, the theater said: “We aim to foster a safe and supportive environment without prejudice, harassment or bullying of any sort, at any level.”

Another British man, Daniel Beal, has accused Spacey of exposing himself to Beal in 2010. Beal was working at a hotel in West Sussex, where Spacey was a guest.

In an interview with The Sun, Beal says Spacey flashed his penis and said: “It’s big, isn’t it?” Then he tried to get Beal, then 19-years-old, to engage sexually.

Beal also claims Spacey invited him to his room, but that he declined.

After the incident, Beal says Spacey gave him his watch, worth $6,500, and called him a few weeks later asking to meet.

“In hindsight, that must have been grooming,” Beal said. “He was just like his character in House Of Cards – seedy and a bit weird.”

The BBC is also reporting more allegations of harassment against Spacey, alleged to have taken place in the mid-’80s.

A man who wishes to remain anonymous says he met Spacey at theater school when he was 17, and that Spacey invited him to come to New York.

In an interview with British journalist Victoria Derbyshire, he claims that he slept on the star’s couch and woke up to Spacey lying on top of him.

“I burst into tears because I couldn’t articulate anymore what was happening to me. I was scared… To his credit, he backed off and we went to sleep.”

He added: “It seems he was grooming me. For me, I never let on that that’s what I was interested in. I never discussed it, nor did I want it.

“He was either very stupid or he was predatory – or maybe a little of both. I was uncomfortable at best, traumatized at worst, emotionally.”