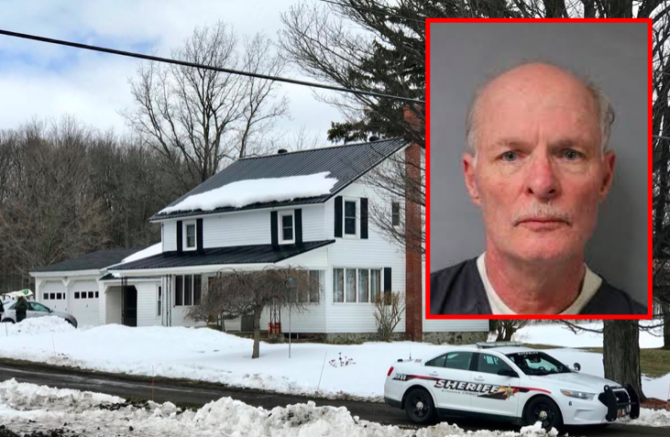 For over 20 years, Joseph Mlyniec was a well-respected member of his community. In addition to being a Wyoming County Sheriff’s deputy, he was also a celebrated veteran, a volunteer firefighter, and a Rotary and Town Board member.

But he carried with him a dark secret.

Unbeknownst to anyone in his tight-knit community, 60-year-old Mlyniec had a practice of luring troubled young men back to his remote farmhouse, where he would make them perform sexual favors in exchange for food and money. Because of this, he became known as “The Collector.”

Then in March of this year, Mlyniec’s facade came crashing down.

When a 32-year-old man named Robert Irvine III got wind of Mlyniec’s secret, he threatened to tell police. The two got into a heated argument on the evening of March 7. That’s when Mlyniec fatally shot Irvine four times in the driveway of his farmhouse.

Moments after killing Irvine, Mlyniec called police and confessed to the crime. He was charged with second-degree murder. This week, he pleaded guilty and was sentenced to an indeterminate sentence of 15 years to life.

“Robert was a friend of mine for over 10 years, and I’ll have to live with that burden,” a remorseful Mlyniec said during his sentencing on Wednesday. “I can’t try to explain what I did or didn’t do. But I’m so sorry, and I know, I know I can’t say anything.”

Irvine’s older sister, Kim Schroth, also spoke in court, looking Mlyniec directly in the eye and saying: “I hope your demons haunt you for the rest of your life. I hope you never see the light of day in the free world again. You should be ashamed of yourself. You’re despicable.”

Mlyniec’s attorney requested his client receive mental health treatment in prison and be placed in protective custody given his career in law enforcement.

As part of his plea deal, Mlyniec will not have the opportunity to appeal his sentence.

Related: Ex-cop busted for sexting with 15-year-old who lied about his age on Grindr